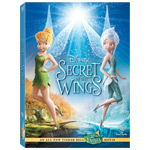 Just when you thought you knew everything about Peter Pan’s feisty little friend, the creative folks at Disney come up with new twists and turns and reveal fascinating new secrets about Tinker Bell’s history. In Secret of the Wings, the fourth CG-animated feature starring the evergreen character, Tink (voiced by Mae Whitman) explores the mysterious world of Winter Woods and finds out a long-lost sister, the winter fairy known as Periwinkle (voiced by Lucy Hale). The DVD and Blu-ray will be out in stores on Tuesday (Oct. 23).

Directed by Peggy Holmes (The Little Mermaid: Ariel’s Beginning) and produced by Michael Wigert (Bolt, Meet the Robinsons), the new feature also showcases the voices Anjelica Huston, Timothy Dalton, Lucy Liu, Raven-Symoné, Megan Hilty and Debby Ryan. Although the project is the fourth chapter in Tinker Bell’s solo history, it also proved to be the most problematic.

“During the early part of development, the creative proved to be hard to chase,” says Holmes, who began her involvement with the film about three years ago. “We were very fortunate to have John Lasseter watching over the project, and we all knew that something wasn’t quite right. We had to find the right element to give the film its emotional charge. It was like that attraction you feel on the first day of school or at a new job, when you’re interested in someone and want to form a friendship with them. That was the kind of emotional power we were looking for.”

It was Klay Hall, the director of the 2009 outing Tinker Bell and the Lost Treasure who zeroed in on the solution. 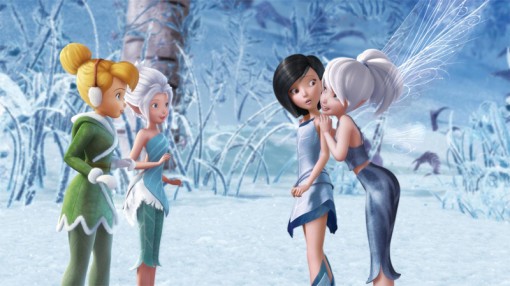 “He was the one who suggested that Tinker Bell and Periwinkle should be sisters,” recalls Holmes. “That’s how we were able to get that emotional pull of not being able to be with your sister and led us to find creative ways to explore Tink’s mythology.”

Wingert points out that when the Tinker Bell movie series was launched back in 2008, each adventure was set to explore one season.

“I think Peggy and our art directors did a fantastic job of depicting the winter colors and textures,” he notes. “What they did with the blues and the whites was really inspiring, because they were able to evoke that season without crossing into the usual holiday treatments.”

“The look of the films was very important to us, and we wanted winter to be a place not a season,” she explains. “Since we couldn’t have Christmas, we went for the magic of seeing the first snow, and I’m really pleased with the way we were able to capture that feeling. I’m also really proud of the way we conveyed the meaning of really caring for someone, even though they are from a completely different world. It’s really about two people wanting to be together in an impossible situation, and we discovered that audiences really cared about that aspect of the film. I have three sisters in real life, and I totally relate to that.” 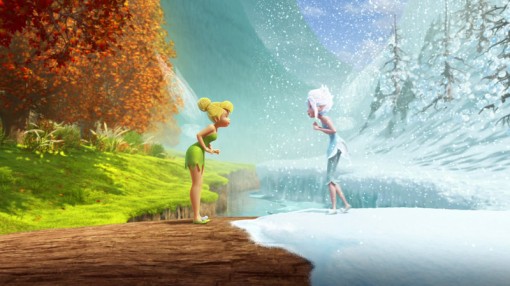 To come up with the absolute right look for this winter wonderland, Holmes and her team did a crash course on the season.

“I think we went through about five billion coffee table books of winter to come up with the most magical elements,” jokes Holmes. American illustrator and artist Eyvinde Earl, whose work was featured in Disney classics such as Peter Pan, Sleeping Beauty and Lady and the Tramp, was another key influence on the general look of the movie. “The lines of winter had to be straight and less ornate than the previous movies,” says Holmes. “Our art director Ellen Jin did a wonderful job of marrying Earl’s work with the real-world images of winter.”

Introducing Tinker Bell’s sister and finding the right amount of conflict to make the story interesting were two of the key challenges of the project.

“This new fairy had to be as strong as Tinker Bell,” says Wingert. “In the end, it was the story of two girls who end up changing their world,” adds Holmes. “There are no real villains in the piece and the main drama was the fact that the two characters can’t live in the same world. We had to strike the right balance.” 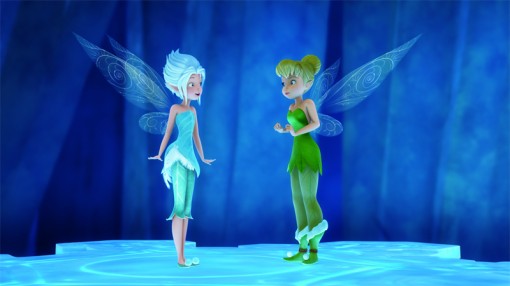 Another factor that opened new doors to the creative team was the fact that this fourth Tinker Bell journey was produced in stereoscopic 3-D (by Prana Studio in Mumbai, India).

“The stereoscopy offered us new opportunities and added an extra dimension,” says the producer. “It was the first we included stereo as part of the production process, and you could really see how added this additional life to the flat 2D images. It created an emotional depth to the story.” Holmes also points out that the filmmakers used this additional element to create more depth to the world of Pixie Hollow instead of having images coming out of the screen at the audience. “Of course, the pixie dust is really fun in 3-D,” she adds. “You really think you can just reach out and touch it.”

Having Lasseter involved as exec producer meant there was a lot of blue sky meetings in the beginnings as well as feedback and suggestions from the Pixar brain force.

“John is very big on research, so we really strove to completely devote ourselves to understanding the properties of snow,” says Holmes. “We even hired a snow specialist—someone with a pHD in snow. We’d call him in Utah, where he was teaching about snow and he really helped us base our movie in reality.” 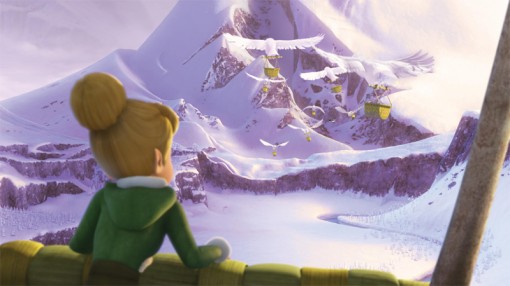 Of course, after working with the charming fairy for such a long time, which was first imagined by Scottish author and dramatist J. M. Barrie about 110 years ago, Holmes has a good idea of what makes Tinker Bell such an enduring character.

“She’s feisty, curious and headstrong, but she’s also loyal, has a huge heart and is big enough to admit to her mistakes,” concludes Holmes. “That’s what I love about her. She takes life by the horns, and you can come up with a million interesting stories about her.” 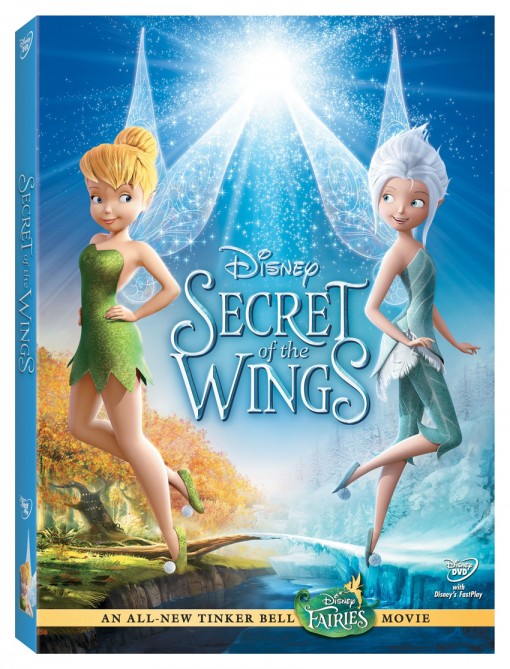