Disney’s Oscar-contending seafaring tale Moana will be sailing home in the next couple months, arriving on Digital HD/3D and Disney Movies Anywhere on February 21, followed by a Blu-ray, Blu-ray 3D, DVD and On-Demand release on March 7.

Directed by Ron Clements and John Musker (The Little Mermaid, Aladdin, The Princess and the Frog) and co-directed by Chris Williams & Don Hall (Big Hero 6), the film follows a determined teen named Moana (voiced by newcomer Auli’i Cravalho) who teams up with the egoistic demigod Maui (Dwayne Johnson) on an epic quest to become an open-ocean navigator and discover her own identity. The voice cast also features Temuera Morrison, Rachel House, Nicole Scherzinger, Jemaine Clement and Alan Tudyk.

Inner Workings – Theatrical short film by Leo Matsuda, with introduction by the filmmakers.

Maui Mini-Movie: “Gone Fishing” – When Maui decides it’s time to take charge of the ocean and catch his next meal, Moana must show him the error of his ways … with a little help from her friends!

Voice of the Islands – How Pacific Island people and cultures inspired the filmmakers.

They Know the Way: Making the Music of Moana – With musicians Opetaia Foa‘I, Marc Mancina and Lin-Manuel Miranda.

– “Mini Maui” (animated by Eric Goldberg)  – Explore how the 2D world collides with CG animation to bring the demigod’s tattoos to life.

– “Water” – How the ocean as a character is given a personality, along with the technical feats of creating a believable waterscape.

– “Hair” – One of the greatest technical achievements of the film was the animation of the beautiful, curly hair on Moana and Maui. Take a look at the hair-raising detail that goes into animating each strand. 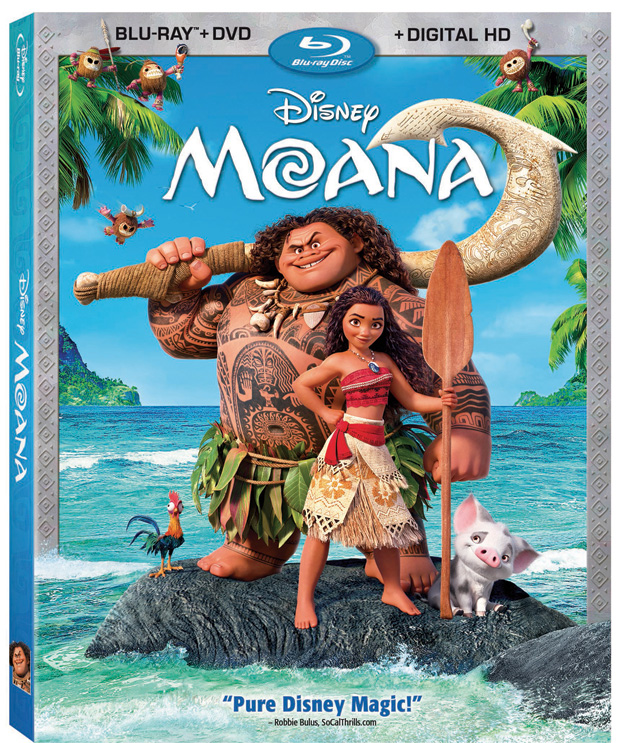 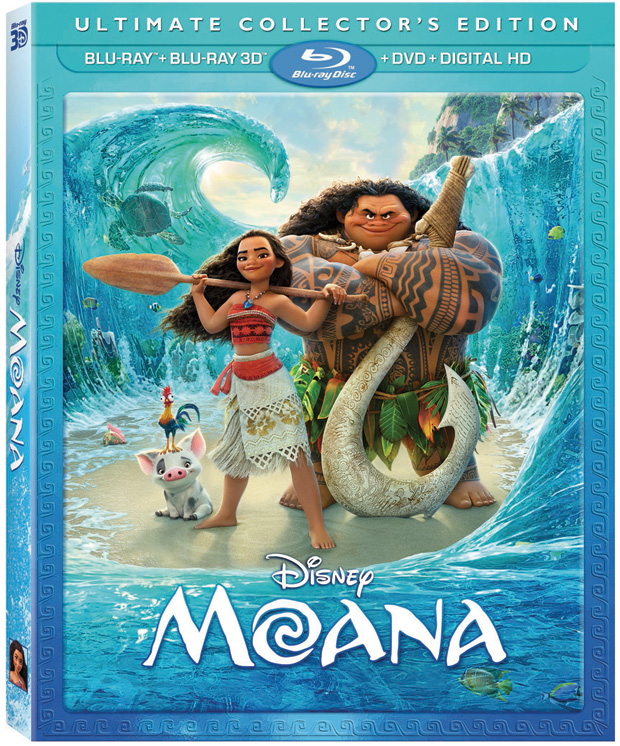