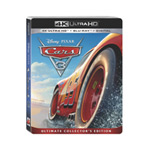 World champion racer Lightning McQueen is burning rubber towards shelves and digital outlets, with his latest Disney-Pixar adventure Cars 3 revvin’ on home on Digital HD & 4K Ultra HD on October 24, and on Blu-ray 4K Ultra HD and Blu-ray Nov. 7. This summer’s high-octane outing will be the first of the studio’s titles to be released in the next-gen 4K format, and comes fully loaded with bonus features (including an all-new mini-movie starring Miss Fritter).

Bonus features on the super charged Blu-ray and Digital versions include:

– Lou (theatrical short) – When a toy-stealing bully ruins recess for a playground full of kids, only one thing stands in his way: the “Lost and Found” box.

– Let’s. Get. Crazy. – Get schooled in the world of demolition derby, the “rules” of figure 8 racing, and how Pixar puts the crazy in the Thunder Hollow Crazy 8 race. This piece is hosted by Lea DeLaria.

– Legendary – A close, historical look at the racing legends Wendell Scott and Louise Smith, whose tenacity and perseverance got them into the race even when they weren’t invited.

– World’s Fastest Billboard – Blink and you will miss all of the graphics and “car-ified” advertisements created by Pixar’s Art team to make the Cars 3 world as believable as possible.

– Cruz Ramirez: The Yellow Car That Could – Join Cristela Alonzo and the filmmakers on their journey to create a race-car trainer turned champion racer.

– Generations: The Story of Cars 3 – For the story team, creating Lightning McQueen’s next chapter didn’t involve just a tune-up, but a complete overhaul.

– My First Car – A collection of illustrated first-car stories as narrated by members of the Cars 3 cast and crew: “A Green Car on the Red Carpet with Kerry Washington,” “Old Blue,” and “Still in the Family.”

– 5 Deleted Scenes – Each with an introduction as to why it was removed from the film: “The Boogie Woogie,” “The Jars of Dirt,” “Lugnut,” “The Bolt,” and “More Than New Paint.”

– Cars To Die(cast) For – Take a look at the phenomenon of die-cast toy collecting and the more than 1,000 unique designs that exist in the Cars universe. 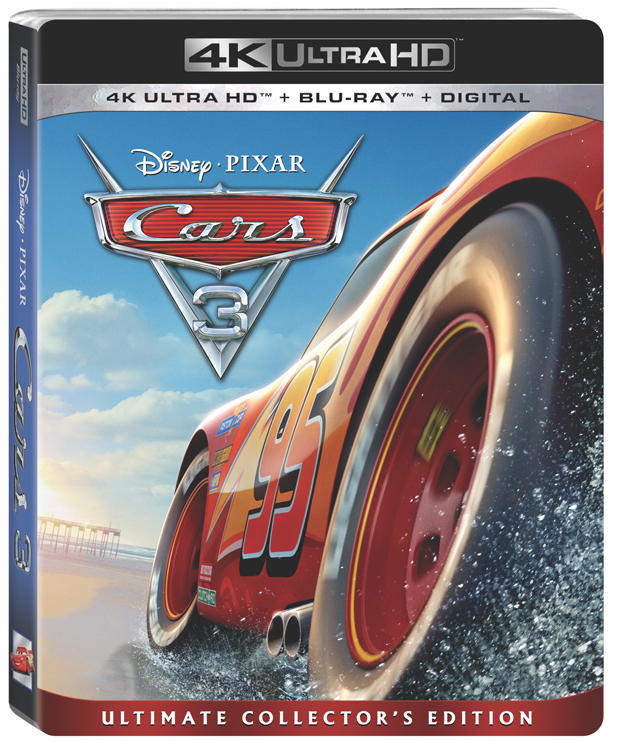