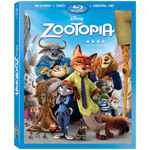 Directed by Byron Howard (Tangled) and Rich Moore (Wreck-It Ralph), Zootopia is set in a modern, mammal metropolis where animals from every habitat live side-by-side. When new rabbit police officer Judy Hopps (voiced by Ginnifer Goodwin) arrives in town, she discovers being the first bunny on the force is not going to be easy. Determined to prove herself, she sets out to crack and unsolved case — even if it means working with a con-artist fox, Nick Wilde (Jason Bateman). But the stakes are raised when the unlikely duo uncover a mysterious plot to turn the city’s predators and prey against each other.

The Blu-ray 3D, Blu-ray and Digital HD releases come with a nice assortment of bonus features, including seven deleted scenes, a music video for Shakira’s “Try Everything” and a number of informative featurettes:

The Origin of an Animal Tale – In this feature-length documentary, filmmakers give a candid look into the difficulties of creating the story of Zootopia and the bold decision to switch the main character late in the production.

Research: A True-Life Adventure – The filmmakers reflect on their worldwide travels to find inspiration for the characters and cityscapes of Zootopia and observing animal behavior at Disney’s Animal Kingdom park.

Deleted Characters – Directors Byron Howard and Rich Moore introduce citizens of Zootopia who did not make the final cut.

The standalone DVD includes Scoretopia and the music video, while the Digital HD version has an exclusive “International Character Reel.” 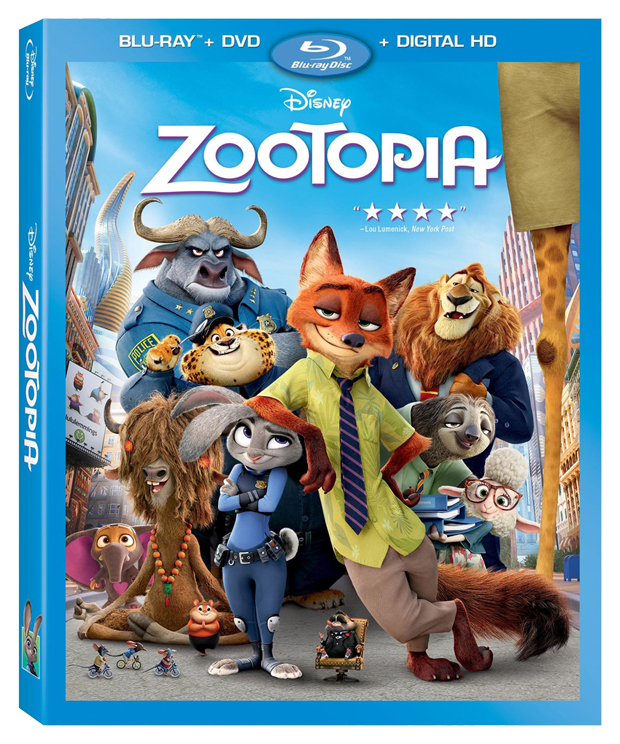