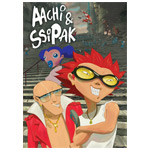 A unique toon treat makes its way to North America on DVD, Blu-ray and digital on March 11 as Cinedigm releases Mondo Media’s English dub of the bizarre animated Korean comedy Aachi & Ssipak, which has been rewritten and re-voiced by Dick Figures creators Ed Skudder and Zack Keller. The Internet will also be gifted with an early digital “Streamium” release of the first chapters on Mondo Media’s YouTube channel, starting February 11.

Aachi & Ssipak, directed by Jo Beom-jin back in 2006, follows two likable street hoodlums who scrape by stealing and selling Juicybars — highly addictive blue popsicles distributed by the government in exchange for human excrement, the only usable fuel in their dystopian, post-apocalyptic city. When they hook up with aspiring actress named Beautiful who has a knack for accumulating Juicybars, entrepreneur Aachi exploits her talents and Ssipak falls in love with her. But their celebratory spree makes them targets of the Diaper Gang, an army of violent blue mutants, and the police. The frenzied animated flick also boasts an original score from Mad Decent, the label responsible for the viral Harlem Shake craze. 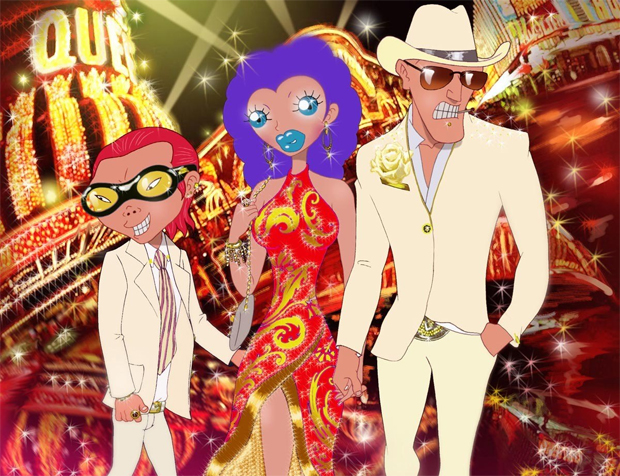