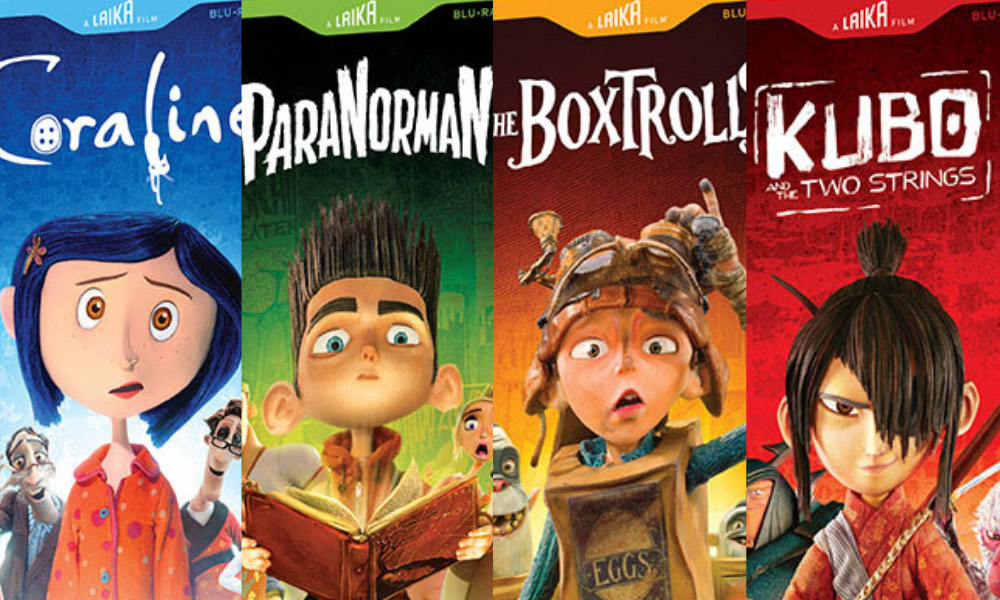 The Blu-ray + DVD combo packs are loaded with exciting new special features, including “Inside LAIKA” interviews with the studio’s animation team, Never-Before-Seen Animation Test Footage and Feature-Length Storyboards for each of the films. All four films were nominated for the Academy Award for Best Animated Feature. 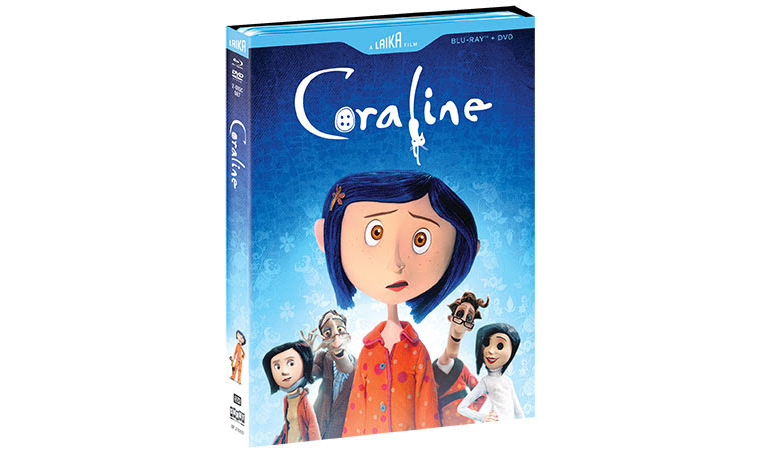 Celebrating its 15th anniversary this year, LAIKA is known for blending trailblazing artistry with bleeding-edge filmmaking technology. In making the studio’s first feature, director Henry Selick and the team behind 2009’s Coraline brought the Neil Gaiman story to life with painstakingly handcrafted stop-motion, utilizing an innovative combination of new and existing technology creating a sense of timelessness and securing its place as a modern classic. It was the first stop motion film ever conceived and photographed in stereoscopic 3-D, creating a new and thrilling experience for viewers.

A young girl walks through a secret door in her new home and discovers an alternate version of her life. On the surface, this parallel reality is eerily similar to her real life – only much better. But when this wondrously off-kilter, fantastical adventure turns dangerous and her counterfeit parents try to keep her forever, Coraline must count on her resourcefulness, determination, and bravery to save her family and get back home. Voice starring Dakota Fanning, Teri Hatcher, Jennifer Saunders, Dawn French, Keith David, John Hodgman, Robert Bailey Jr. and Ian McShane. 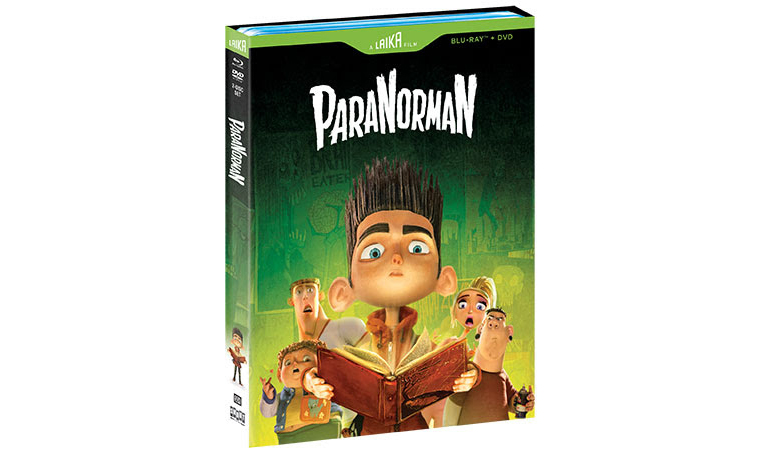 The studio continued to innovate with 2012’s ParaNorman, the first film to use full color rapid prototype 3D printing of the puppet faces, pioneered by LAIKA. The supernatural comedy thriller about a young boy who can speak with the dead, ParaNorman was heralded by critics for its handling of complex and sometimes melancholy topics with a touching candor not often seen in family cinema. The supernatural comedy thriller directed by Sam Fell and Chris Butler was cheered by fans and extolled by many critics’ groups as the year’s best animated feature.

A small town comes under siege by zombies — who can it call? Only misunderstood local boy Norman, who is able to speak with the dead. In addition to the zombies, he’ll have to take on ghosts, witches and, worst of all, grown-ups, to save his town from a centuries-old curse. But this young ghoul-whisperer bravely summons up all that makes a hero – courage and compassion – as he finds his paranormal activities pushed to their otherworldly limits. Voice starring Kodi Smit-McPhee, Tucker Albrizzi, Anna Kendrick, Casey Affleck, Christopher Mintz-Plasse, Leslie Mann, Jeff Garlin, Elaine Stritch, Bernard Hill, Jodelle Ferland, Tempestt Bledsoe, Alex Borstein and John Goodman. 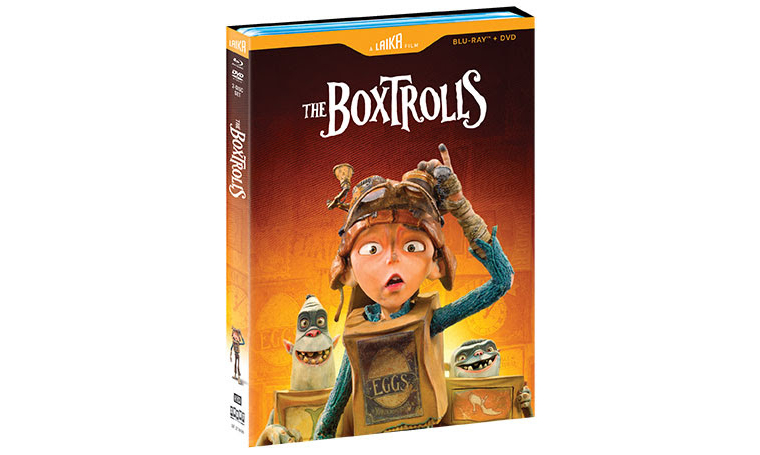 The Boxtrolls, released in 2014 and directed by Anthony Stacchi and Graham Annable, continued LAIKA’s streak of innovation and attention to detail. Based on Alan Snow’s book Here Be Monsters!, the film featured several new feats of inventive filmmaking, including designing collapsible armatures that enabled the Boxtrolls to pop in and out of their boxes; constructing a giant, steampunk-inspired roaming “Mecha Drill,” and staging a complex choreographed ballroom dance scene that seamlessly integrated practical puppets and 3D-animated background dancers. The result was a charming and heartwarming film, a perfect fit for the studio’s canon.

Cheesebridge is a posh Victorian-era town obsessed with wealth, class, and the stinkiest of fine cheeses. Beneath its charming cobblestone streets dwell the Boxtrolls, foul monsters who crawl out of the sewers at night and steal what the townspeople hold most dear: their children and their cheeses. At least, that’s the legend residents have always believed. In truth, the Boxtrolls are an underground cavern-dwelling community of quirky and lovable oddballs who wear recycled cardboard boxes the way turtles wear their shells. The Boxtrolls have raised an orphaned human boy, Eggs, since infancy as one of their dumpster-diving and mechanical junk-collecting own. When the Boxtrolls are targeted by villainous pest exterminator Archibald Snatcher, who is bent on eradicating them as his ticket to Cheesebridge society, the kindhearted band of tinkerers must turn to their adopted charge and adventurous rich girl Winnie to bridge two worlds amidst the winds of change – and cheese. Voice starring Ben Kingsley, Isaac Hempstead Wright, Elle Fanning, Dee Bradley Baker, Steve Blum, Toni Collette, Jared Harris, Nick Frost, Richard Ayoade, Tracy Morgan and Simon Pegg. 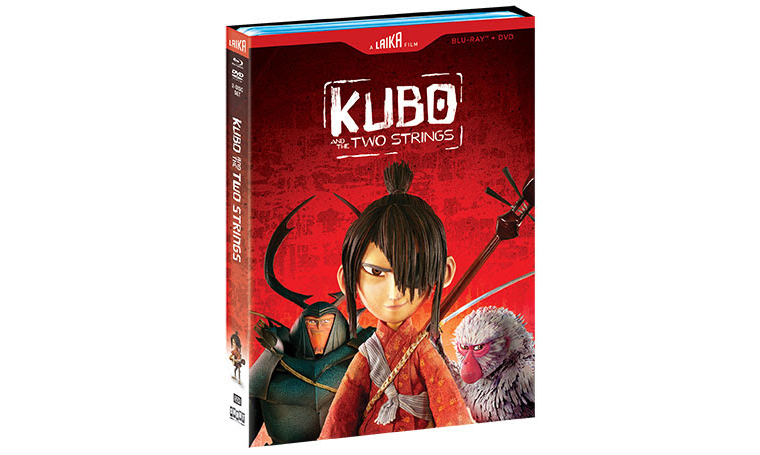 A heroic adventure set in a mythical feudal Japan, 2016’s Kubo and the Two Strings is a tale of courage and the power of storytelling. Inspired by Japanese art and design to create the vibrant world that Kubo inhabits, the production team at LAIKA was led by studio President & CEO Travis Knight, who directed the film and animated several of the scenes. To bring this breathtaking tale to life, the filmmakers created a 400 pound, 16-foot-high puppet (the largest ever created for a stop-motion film), managed thousands of grains of sand for a shipwreck scene, and created more than 48 million possible facial expressions for the Kubo character alone. Kubo and the Two Strings won the BAFTA Award and became only the second animated feature in history to receive an Oscar nomination for visual effects.

Clever, kindhearted Kubo he ekes out a humble living, telling stories to the people of his seaside town. But his relatively quiet existence is shattered when he accidentally summons a spirit from his past which storms down from the heavens to enforce an age-old vendetta. Now on the run, Kubo joins forces with Monkey and Beetle and sets out on a thrilling quest to save his family and solve the mystery of his fallen father, the greatest samurai warrior the world has ever known. With the help of his shamisen — a magical musical instrument — Kubo must battle gods and monsters, including the vengeful Moon King and the evil twin Sisters to unlock the secret of his legacy, reunite his family and fulfill his heroic destiny. Voice starring Charlize Theron, Matthew McConaughey, Rooney Mara, Ralph Fiennes, Art Parkinson, George Takei, Cary-Hiroyuki Tagawa and Brenda Vaccaro.