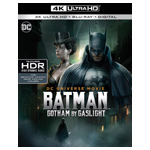 The first animated adaptation of DC Elseworlds story will arrive on disc and digital early next year, as Warner Bros. Home Entertainment steps back to turn-of-the-century Gotham City in Batman: Gotham by Gaslight. The steampunk adventure which pits the Dark Knight against Jack the Ripper will arrive on Digital ($19.99 HD, $14.99 SD) on Jan. 23, 2018 and on 4K Ultra HD Combo Pack ($39.99 SRP), Blu-ray Combo Pack ($24.98) and DVD ($19.98) on Feb. 6.

Based on the comic-book tale by Brian Augustyn and Mike Mignola, Gotham by Gaslight takes place at the turn of the 20th century as America’s continued industrial revolution is to be showcased at a World’s Fair in Gotham City. But while the world prepares to witness the glittery glory of Gotham’s technological advances, there is a cruel killer preying on women from the city’s darkest shadows. As Police Commissioner James Gordon (voiced by Scott Patterson) tries to calm the fears of Gotham’s citizens regarding the butcher called Jack the Ripper, the masked vigilante Batman (reprised by Under the Red Hood star Bruce Greenwood) enacts his own detective work – with the help of confident, capable Selina Kyle (Jennifer Carpenter) – to stop the Ripper’s murderous spree.

The DVD release includes a sneak peek at the next DC Universe Movie, Suicide Squad: Hell to Pay, with insights from the voice cast and filmmakers The Ultra HD, Blu-ray and Digital versions also come with:

“Caped Fear: The First Elseworld” (Featurette) – Batman in the distant past of Gotham, at the crossroads of where the Gothic 19th century meets the modern age. Jack the Ripper, clashing with Gotham and its ruling elite. The documentary traces the influence of the comic book story, and why Gotham by Gaslight stands the test of time.

Audio Commentary – Join EP Bruce Timm, director Sam Liu and writer Jim Krieg as they provide details about the scenes of Batman: Gotham by Gaslight and why this is a special project for each of them. 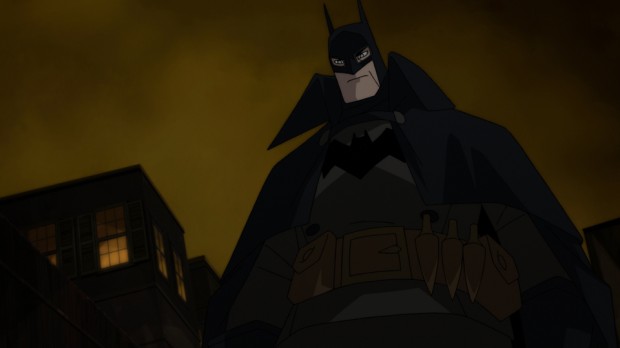 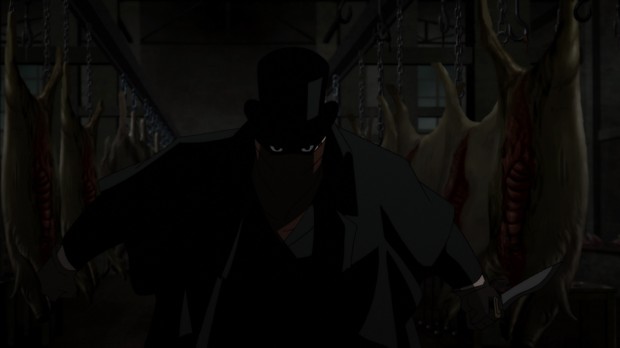 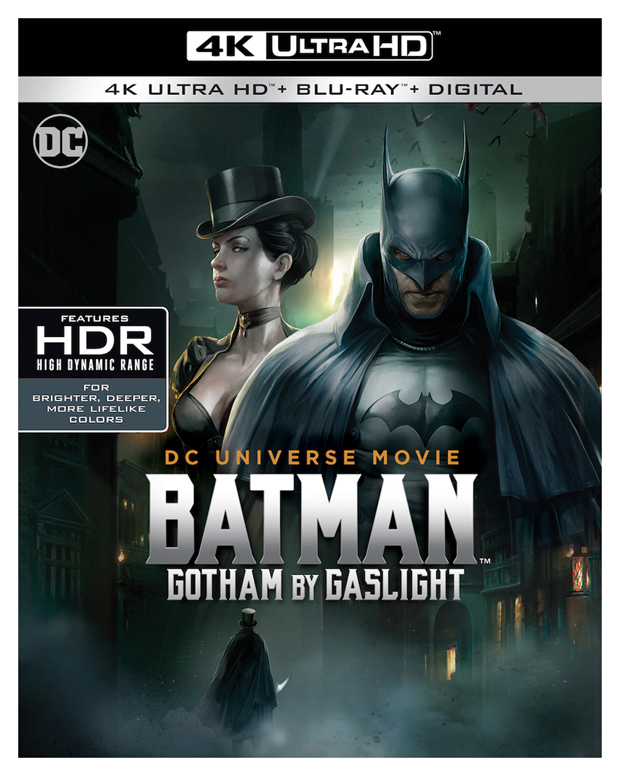