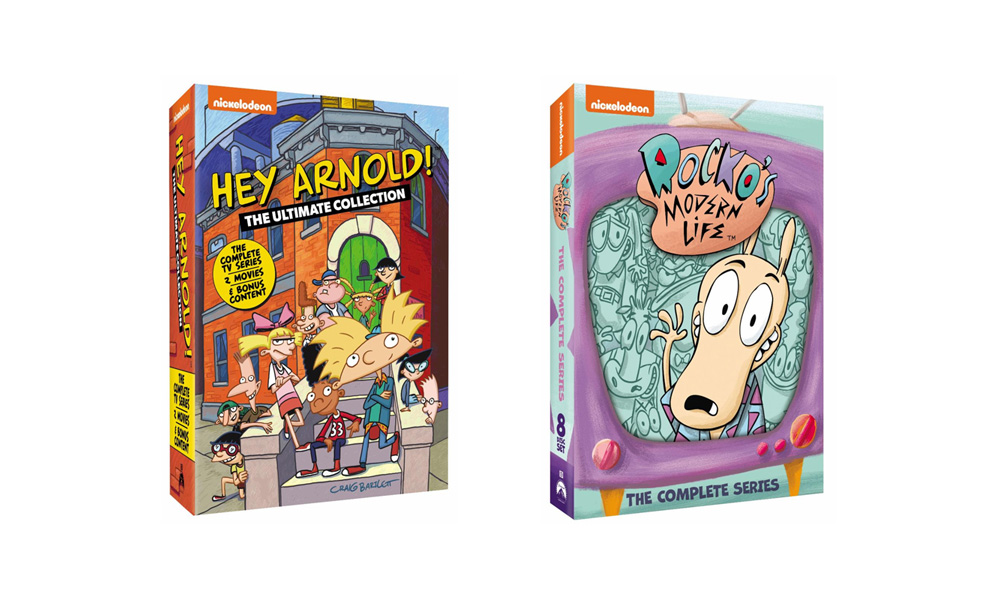 Paramount will be releasing two must-have DVD sets for fans of classic Nickelodeon animation on November 20: Rocko’s Modern Life: The Complete Series and Hey Arnold!: The Ultimate Collection. Both sets include all episodes of these beloved series (Hey Arnold! collection also includes the two TV movies) as well as a smattering of bonus features.

Relive all the madcap antics of Rocko the wallaby, his best friends Heffer the steer and Filburt the turtle, his dog Spunky, and his cantankerous amphibian neighbors the Bigheads as they navigate the ups and downs of life in O-Town. Created by Joe Murray (Camp Lazlo, Let’s Go Luna!), the 2D series ran from 1993 to 1996.

For over 20 years, fans of Craig Bartlett’s (Dinosaur Train, Ready Jet Go!) classic coming-of-age series have remained loyal to Arnold, the relatable kid living with his whacky grandparents in their boarding home, and his group of loveable, city-dwelling friends. With The Ultimate Collection, fans can relive every schoolyard shenanigan and laugh along with popular characters Helga, Gerald, Phoebe and more; and finally solve the mystery of Arnold’s missing parents in the latest adventure, Hey Arnold!: The Jungle Movie.