For the first time ever, a comprehensive collection of Mike Judge’s groundbreakingly moronic animated slacker comedy is coming to DVD with the 12-disc Beavis and Butt-Head: The Complete Collection DVD set, available February 14 from Paramount Home Media Distribution (MSRP $46.99).

The cult hit series first bowed on MTV in 1993, introducing a generation of viewers to the titular heroes dismissed by critics as brainless couch potatoes who did nothing but watch TV and make lewd jokes. But the mouth-breathing teens who originated in Judge’s short film Frog Baseball were clearly ahead of the curve, amassing a dedicated following over four years on the air and returning to TV in 2011.

Beavis and Butt-Head: The Complete Collection includes all four volumes of the series, including the 21st century revival, as well as the Special Collector’s Edition of the 1996 feature film Beavis and Butt-Head Do America. The set also features a bounty of bonus material, including “Taint of Greatness: The Journey of Beavis and Butt-Head” parts 1-3, VMA appearances, a Thanksgiving Special with Kurt Loder, the 1994-1996 Butt-Bowls, MTV 20th Anniversary Special, original un-cut Frog Baseball, 2011 Comic-Con panel featuring Judge and moderated by Johnny Knoxville, promos, montages and more. 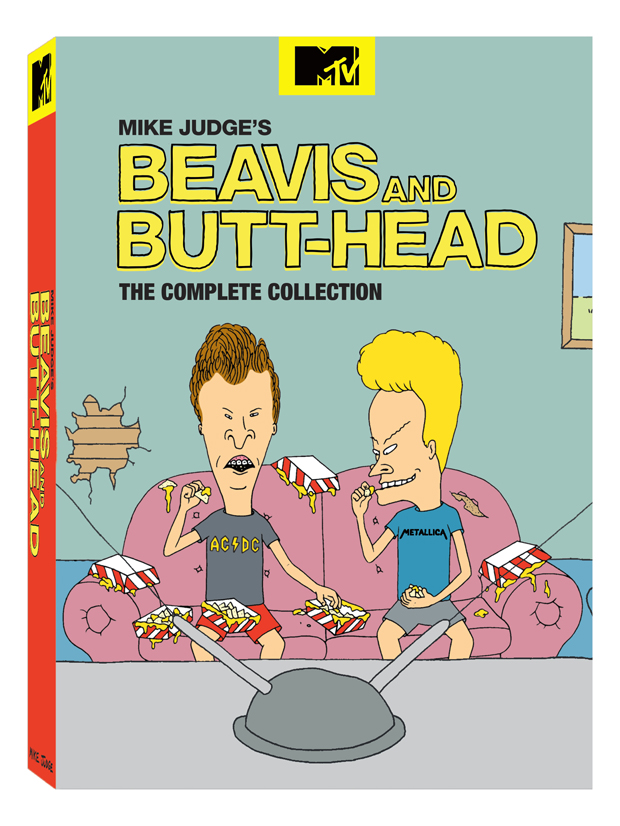