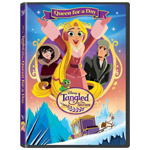 Disney is offering princess fans a royal treat this week with the release of Tangled: The Series – Queen for a Day on DVD on December 12. The disc includes the Annie Award-nominated episode plus four bonus “Inside the Journal” shorts: First Entry, Cassandra, Queen Arianna and King Frederic.

In the episode, the fate of Corona hangs in the balance as Rapunzel (voice by Mandy Moore) faces the ultimate test! When the King and Queen (Clancy Brown and Julie Bowen) lean town, Rapunzel is ready to lead. But when a blizzard threatens to destroy the kingdom, the pro-tem ruler is face with some tough decisions.

The voice cast also features Zachary Levi as Eugene, Eden Espinosa as Cassandra, and Jeremy Jordan as Valerian. Chris Sonnenburg is executive producer. Tangled: The Series launched on Disney Channel in early 2017, receiving a season 2 greenlight ahead of its March premiere. 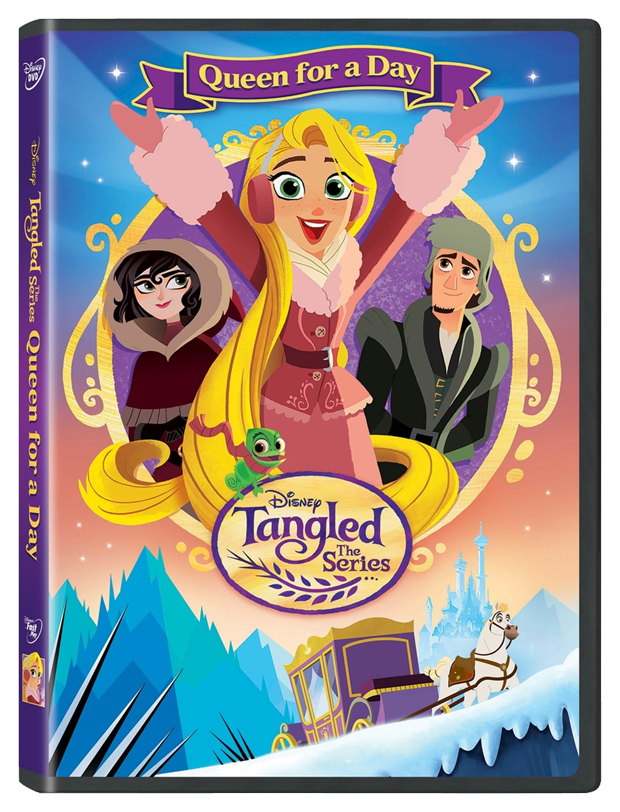 Tangled: The Series – Queen for a Day