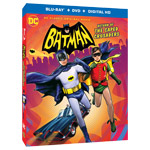 Warner Bros. Home Entertainment has at last released the all-new campy cartoon adventure of the Dynamic Duo, Batman: Return of the Caped Crusaders (available now on Blu-ray Combo Pack, DVD, and Digital HD)! You already got to hear from co-stars Burt Ward (Robin) and Julie Newmar (Catwoman), and now WBHE has provided some awesome interview clips featuring the Dark Knight himself: Adam West.

West, Wart and Newmar original donned their masks in the iconic 1960s Batman TV series, which inspired the new animated movie. Check out what West, who is no stranger to animation voice-over work, has to say about giving fans an “unexpected Batman,” the BRCC script, plot points, and what he loves about meeting fans. 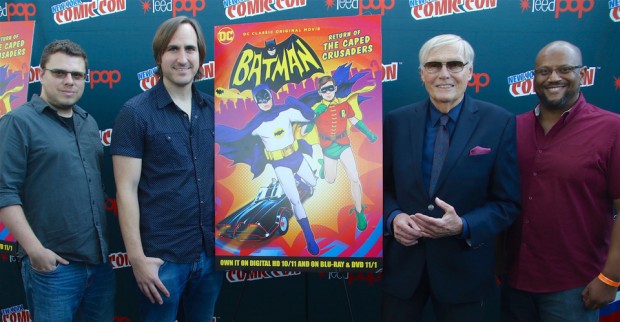