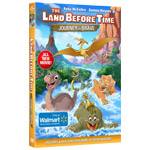 Next week, the latest installment in the ongoing animated adventures of Littlefoot the Apatosaurus and his four dino pals will be available on Digital HD and exclusively on DVD at Walmart stores and walmart.com, starting February 2. The Land Before Time: Journey of the Brave is produced by Universal 1440 Entertainment — the production arm of Universal Pictures Home Entertainment — and features an all-new original song from country legend Reba McEntire, “Look for the Light.”

Inspired by the 1988 classic, the new feature length Journey of the Brave follows Littlefoot, Cera, Ducky, Petrie and Spike on an exciting adventure to rescue Littlefoot’s father. As they travel across strange landscapes and meet new friends Etta (voiced by Reba McEntire) and Wild Arms (voiced by Damon Wayans Jr.), Littlefoot and friends discover that by pulling together they can overcome any challenge.

The DVD and Digital releases for Journey of the Brave also include a special Sing-A-Long bonus feature, which includes the tunes “Today’s the Day,” “Look for the Light,” “Hot and Stinky” and “Better off Alone.” In addition to the new movie, Universal will be releasing a The Land Before Time compilation album featuring some of the best-loved songs from all of the previous films in the franchise, available digitally on Back Lot Music on January 29. 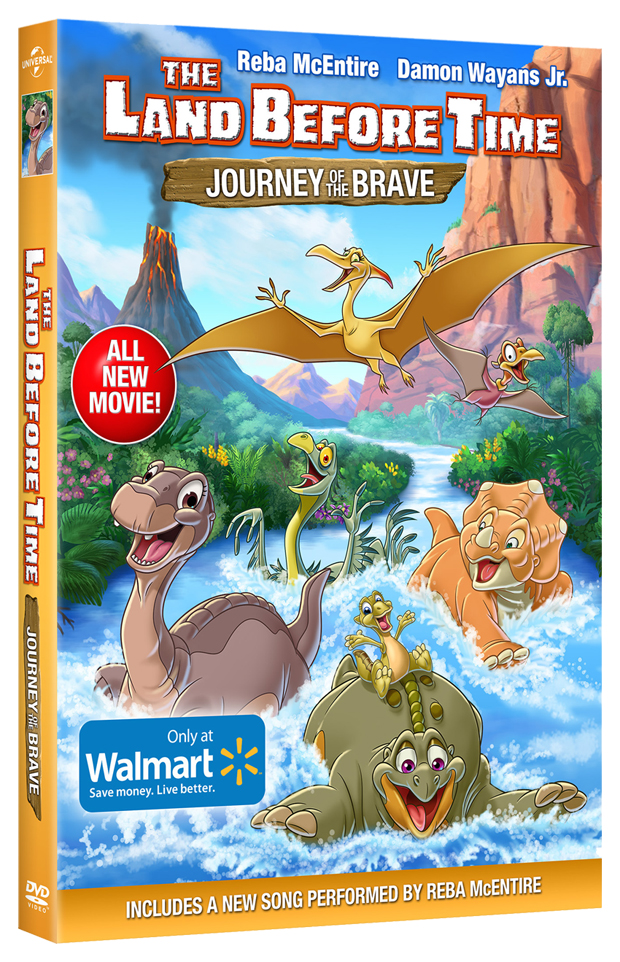 The Land Before Time: Journey of the Brave