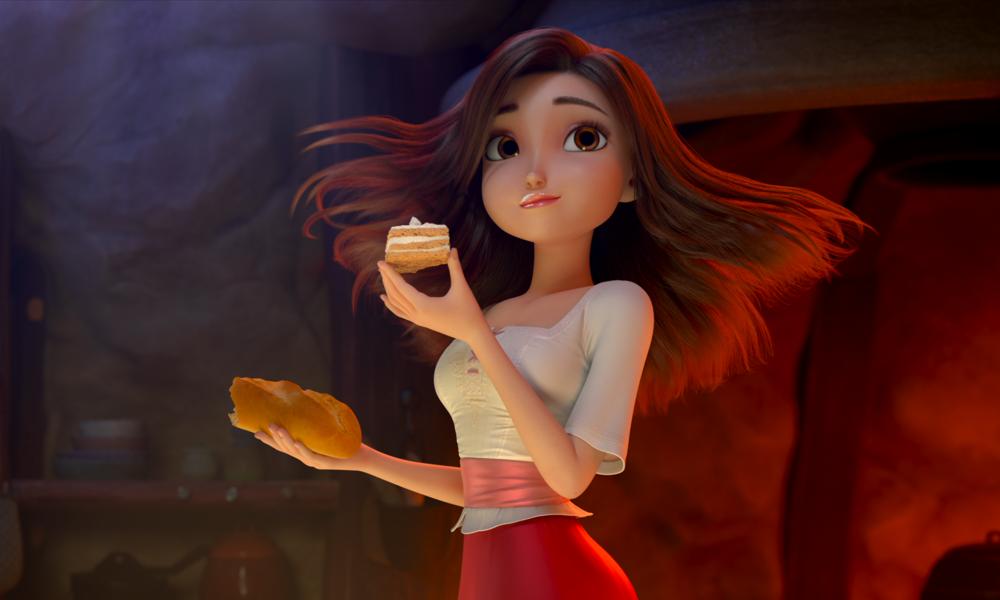 Following its U.S. Digital and On Demand debut on Friday, South Korean fairytale update Red Shoes and the Seven Dwarfs is launching on Blu-ray (SRP $21.99) and DVD (SRP $19.98) on Tuesday, September 22 from Lionsgate.

Get to know a little bit more about the project in this exclusive clip from the home video release bonus features, in which voice star Chloë Grace Moretz (Snow White/Red Shoes) discusses what attracted her to the project.

Red Shoes and the Seven Dwarfs is an outrageous fairy tale spoof which begins as Snow White steals a pair of red shoes that transform her into a princess. Meanwhile, a witch’s curse turns seven brave princes into dwarfs, forcing them to seek out the princess, hoping for a kiss to break their spell. Together, they must face Snow White’s wicked stepmother – who will stop at nothing to get her precious shoes back – and, along the way, learn that true beauty lies within!

Moretz (The Addams Family, Bolt, Inside Out) stars alongside Sam Claflin (The Hunger Games series) as Merlin, Gina Gershon (Riverdale) as the Witch Queen, Patrick Warburton (Family Guy, The Emperor’s New Groove) as the Mirror, and Jim Rash (Community) as Prince Average.

The movie was directed by Sung-ho Hong, and features character design and animation direction from Jin Kim, who worked on Disney’s animated classics Fantasia 2000, Frozen II and Tangled. Music is by Primetime Emmy Award-winning composer Geoff Zanelli (Into the West, The Pacific), whose feature film work includes Maleficent: Mistress of Evil and Pirates of the Caribbean: Dead Men Tell No Tales. Voice direction is by Tony Bancroft, the director of Disney’s Mulan. Red Shoes and the Seven Dwards was produced by Locus Animation Studio