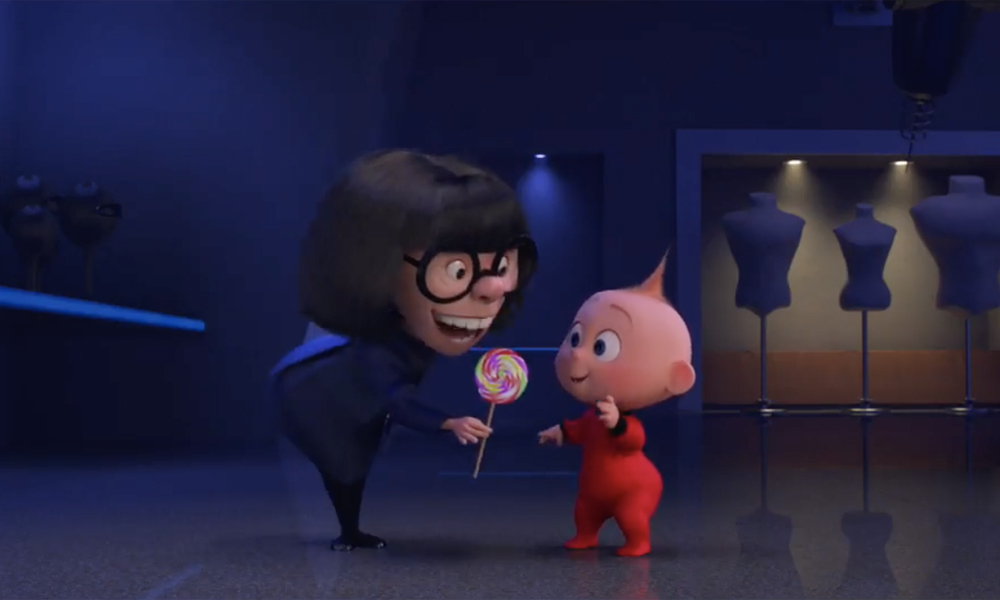 The super smash-hit Incredibles 2 — sequel to the 2004 Oscar winner The Incredibles and once again directed by Brad Bird — comes home on Digital HD / 4K Ultra HD and Movies Anywhere on October 23, followed by Blu-ray 4K, Blu-ray, DVD and On Demand on November 6. And of course, it comes powered-up with all kinds of fun, fascinating extras.

One of the highlights is a brand-new mini-movie, Auntie Edna, which details fashion visionary Edna Mode’s all-night endeavor to design a suit to best harness baby Jack-Jack’s expanding super powers. You can watch a very sweet sneak-peek below! 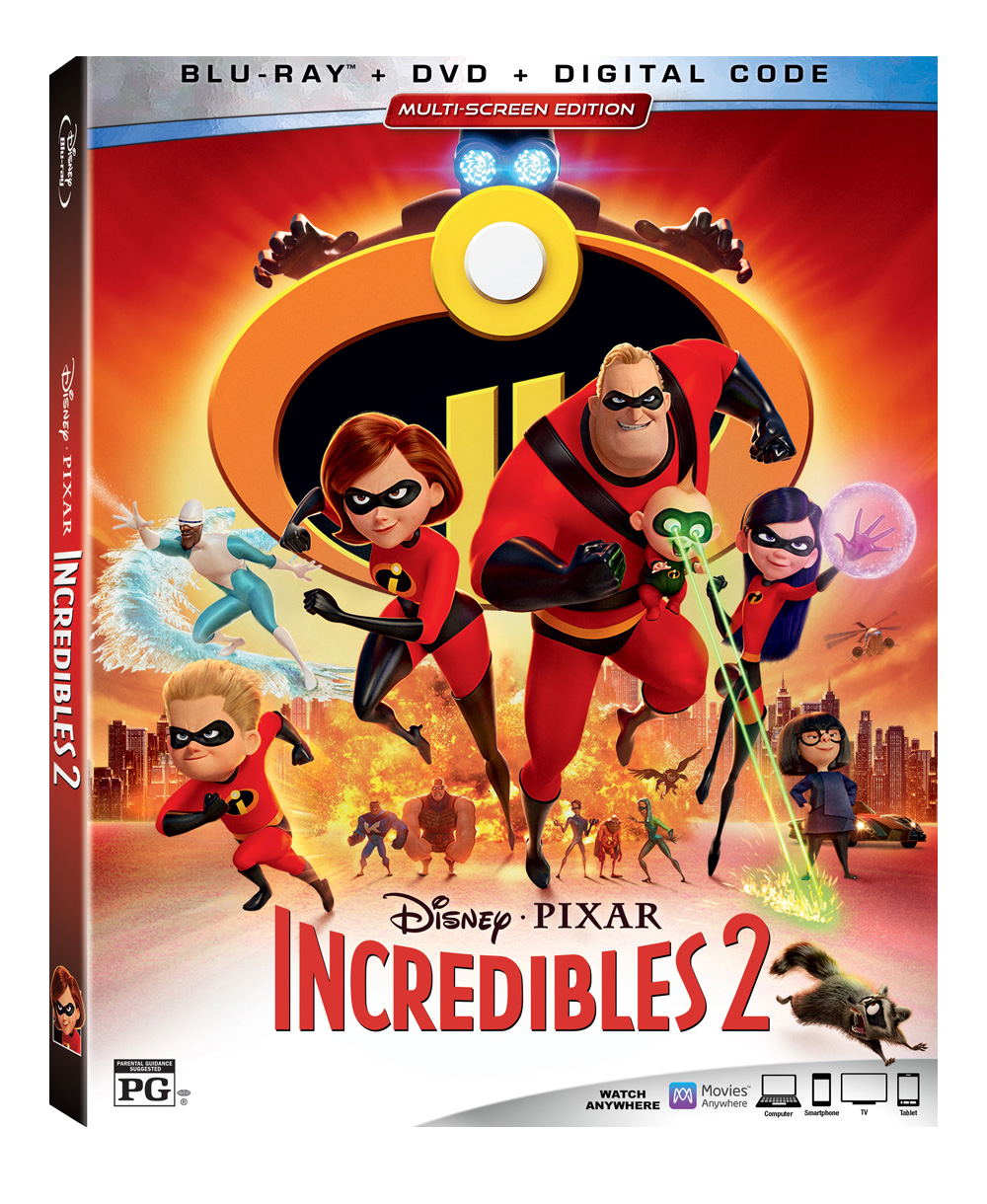