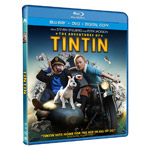 Paramount Home Entertainment has offered us an exclusive new clip from its upcoming release The Adventures of Tintin, which will be out on Blu-ray 3D, Blu-ray and DVD, On Demand and Digital Download on March 13. Winner of the 2012 Golden Globe for Best Animated Feature Film, The Adventures of Tintin has made over $295, 439 overseas and $76,961,000 domestically to date, but it failed to capture an Oscar nomination for Best Animated Feature.

The Adventures of Tintin three-disc Blu-ray 3D/Blu-ray/DVD combo pack and two-disc Blu-ray/DVD combo pack include over 90 minutes of special features that take viewers behind-the-scenes with director Steven Spielberg and produce Peter Jackson to discover how the filmmakers brought the characters to life, learn about Tintin’s origins, delve into the design and animation processes, explore the creation of Tintin’s faithful dog, Snowy, and much more. The film will also be available as a single-disc DVD.  All Blu-ray and DVD releases available for purchase will be enabled with UltraViolet, a new way to collect, access and enjoy movies. With UltraViolet, consumers can add movies to their digital collection in the cloud, and then stream or download them—reliably and securely, to a variety of devices.

Here is the new clip, which is from the “Snowy: From Beginning to End” featurette: 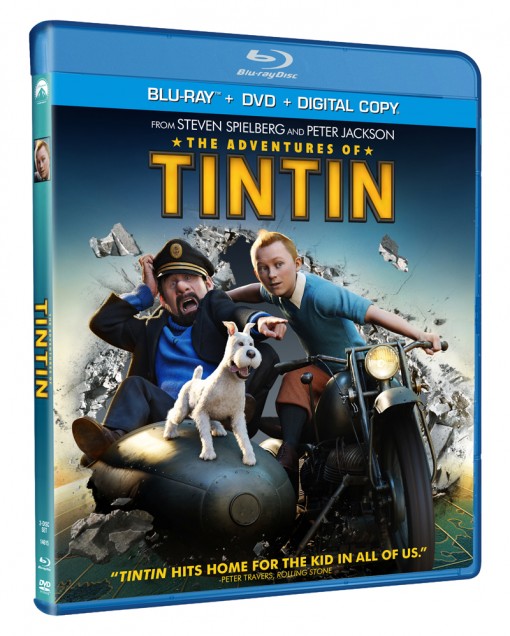