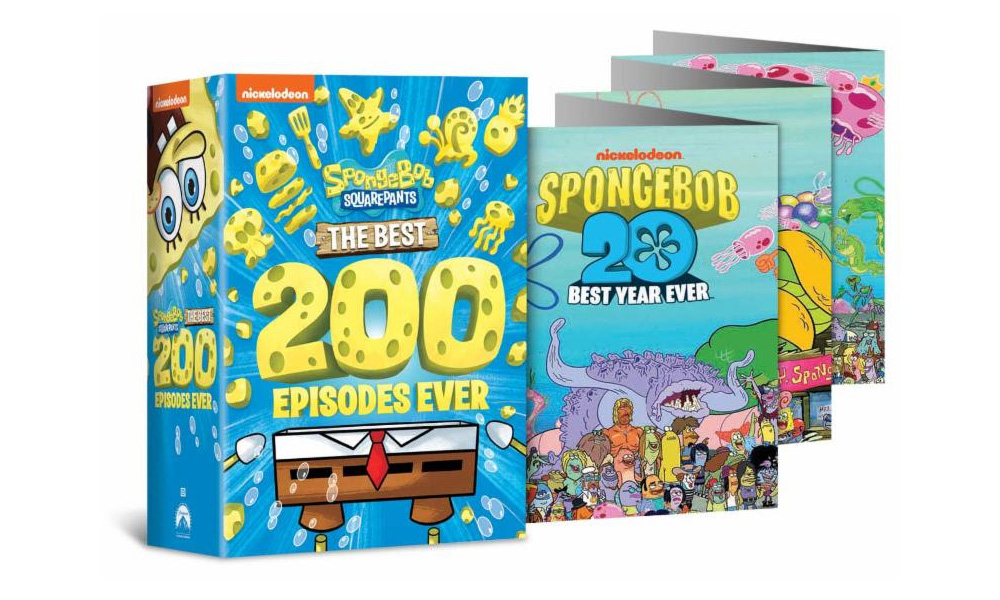 SpongeBob SquarePants: The Best 200 Episodes Ever

Nickelodeon is celebrating 20 years of the worlds’ most famous sponge with a special DVD release: SpongeBob SquarePants: The Best 200 Episodes Ever! Made up of two box-sets, the 30-disc collection will be available exclusively on Amazon Prime Day on July 15, followed by a nationwide release on August 27, wherever DVDs are sold. Each set comes with the special-edition 20th anniversary poster created for San Diego Comic-Con, which features all 760 characters and creatures that have ever appeared on the show.

This collection contains SpongeBob SquarePants: The First 100 Episodes and SpongeBob SquarePants: The Next 100 Episodes, assembling the first 200 under-sea adventures of the series. Get lost in the zany and wonderful world of Bikini Bottom and relive every “F.U.N.” episode from the first nine seasons including classic episodes such as “SpongeBob You’re Fired,” “It Came from Goo Lagoon” and “Mermaidman Begins.”