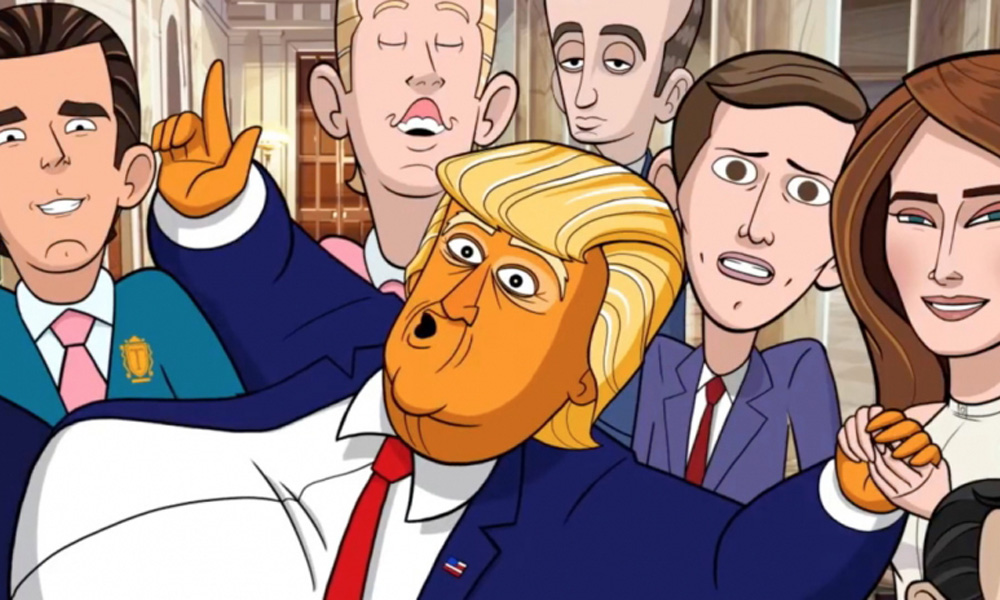 Take an animated tour of White House shenanigans this month when CBS Home Entertainment and Paramount Home Media Distribution release Our Cartoon President: Season One with World Class Amenities on DVD, out December 18.

Our Cartoon President follows the truish misadventures of the 45th President of the United States as he faces natural disasters, the Russian collusion investigation and the temptation to nuke anyone who suggests he should eat a salad. In this parallel cartoon universe, the Commander-in-Chief opens the White House doors for an “all access” look at his day-to-day life. The satirical series examines the quintessentially Trumpian details of the presidency and those in his presidential circle, from wildly out of touch Democrats and members of the media to his puppy-brained sons Don Jr. and Eric. When you’re finished screaming, laugh about what America has become in the era of Our Cartoon President.

The series is produced by CBS Television Studios, with Tim Luecke — co-creator of The Late Show with Stephen Colbert version of the animated Trump — as lead animator and co-executive producer, and Matt Lappin as consulting producer. 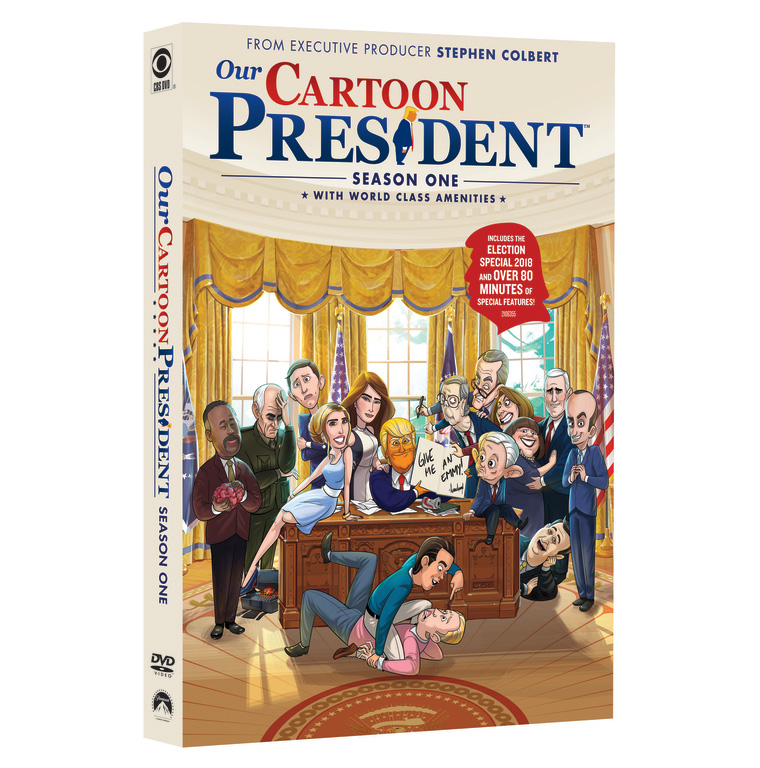