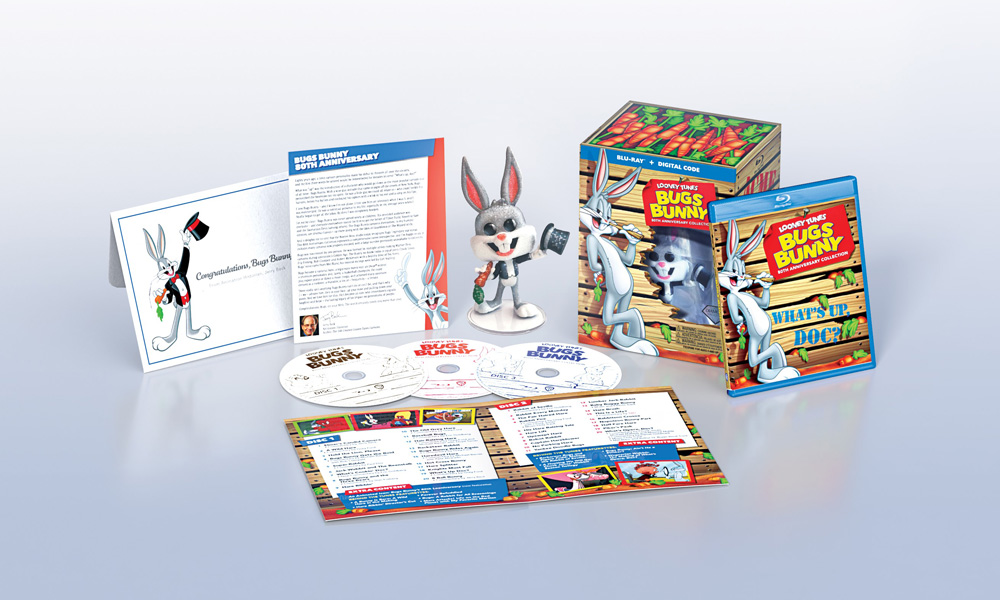 Bugs Bunny, one of animation’s most recognizable characters, first hopped onto the screen in 1940 and he’s been a pop-culture icon ever since. More than eight generations have enjoyed the timeless antics of the carrot-munching wise guy who always outsmarts his rivals. Cartoons, movies, TV, comics, music, sports and more – this wascally wabbit has done it all. Clever pranks and one-liners are here, along with interviews with today’s most renowned animators, historians and superstars. Enjoy the full range of his silly and smart-alecky personality with 60 theatrical shorts restored and remastered to the original 4X3 aspect ratio on Blu-ray for the first time. It’s just what the doctor – er, doc – ordered.

Some of the best and most beloved theatrical shorts from Bugs Bunny’s illustrious career are featured on Bugs Bunny 80th Anniversary Collection. This compilation contains a variety of memorable works, by some of the most renowned animators in cartoon history including Bob Clampett, Chuck Jones, Robert McKimson, Friz Freleng, Tex Avery and others. Included are Academy Award-nominated/winning shorts such as A Wild Hare and Knighty Knight Bugs. Other popular favorites include Baseball Bugs, Hair Raising Hare, Bugs Bunny Rides Again, 8 Ball Bunny, The Rabbit of Seville, What’s Opera Doc? and many more. Fans will be captivated watching the evolution of the look and sound of Bugs Bunny’s character through this set of classic shorts that spans several decades, starting with early works from the 1940s, to cartoons which debuted in the 1990s.

“Bugs Bunny is one of the most beloved, iconic cartoon characters in pop culture history. He has delighted generations of fans for 80 years. We have put together a beautiful collection with a wide-ranging assortment of cartoons that celebrate Bugs Bunny’s incredible body of work,” said Mary Ellen Thomas, Vice President Family & Animation Marketing. “Fans of all ages will want to own this eye-catching collection, which commemorates Bugs Bunny’s landmark anniversary with some of his most popular cartoons presented in high definition and also contains some fun extras, like a full-size glitter Funko figure, exclusively available in this giftset. This is a release no collector will want to miss.”

You can catch the Bugs Bunny 80th Anniversary Extravaganza panel from Comic-Con@Home here! 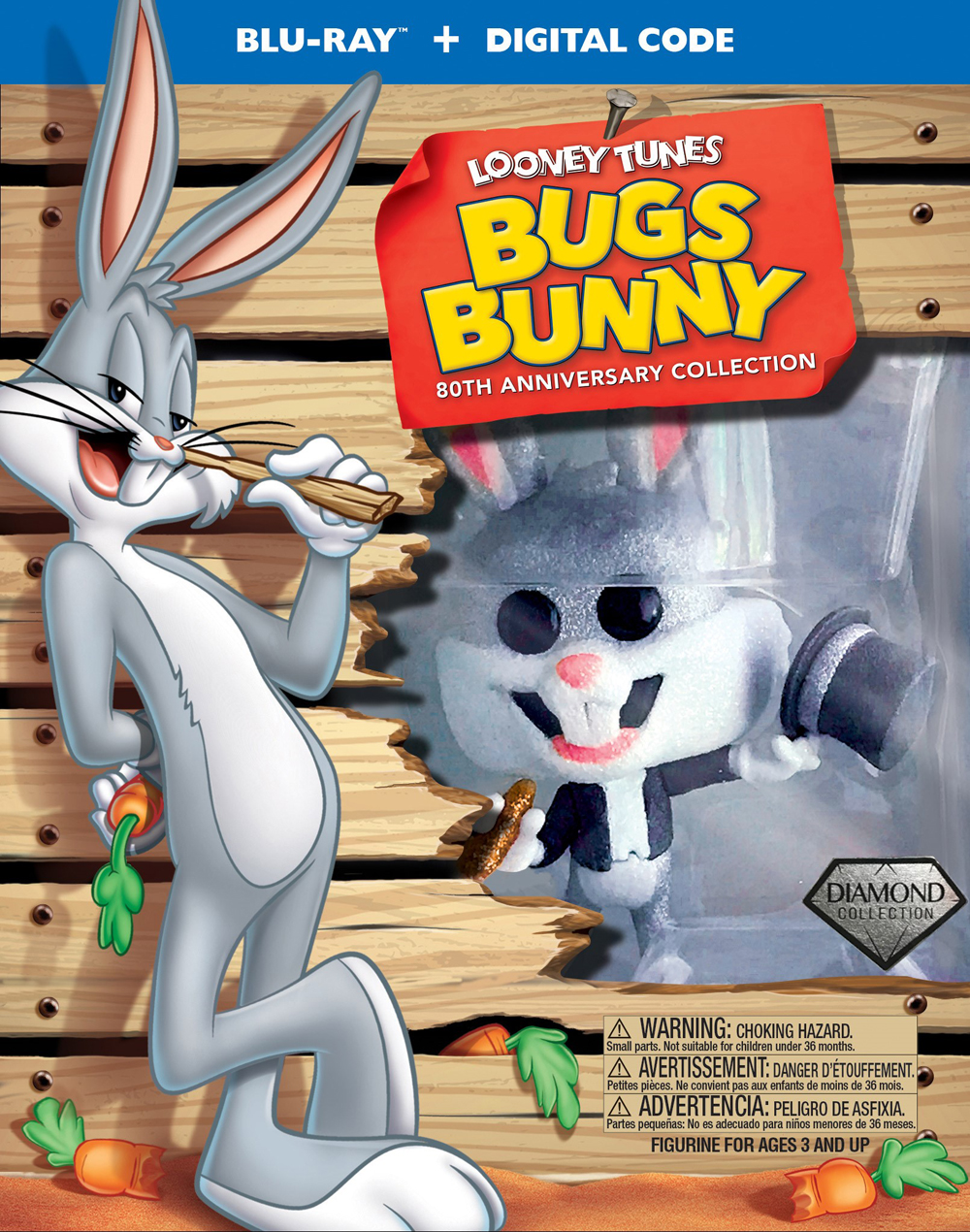 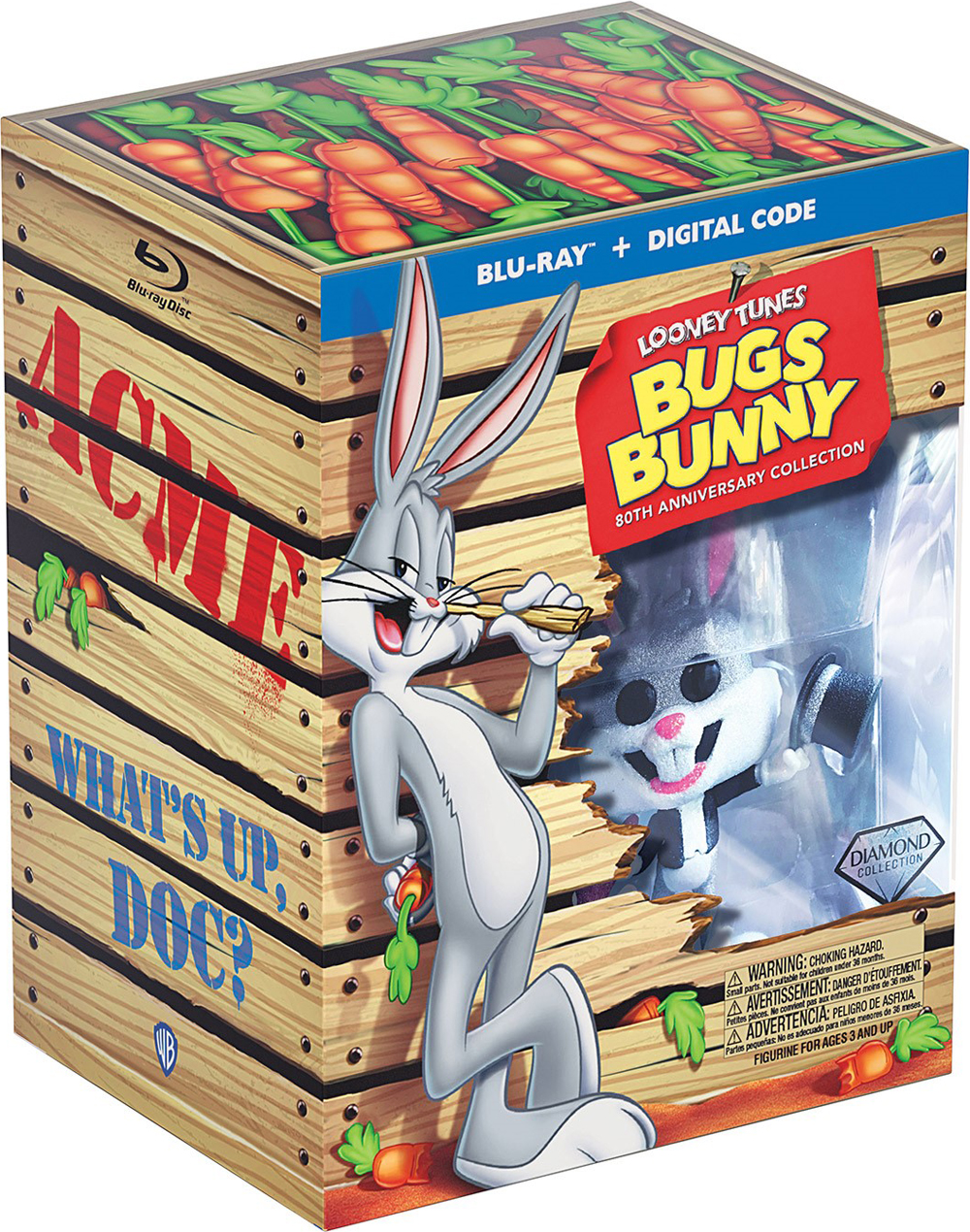