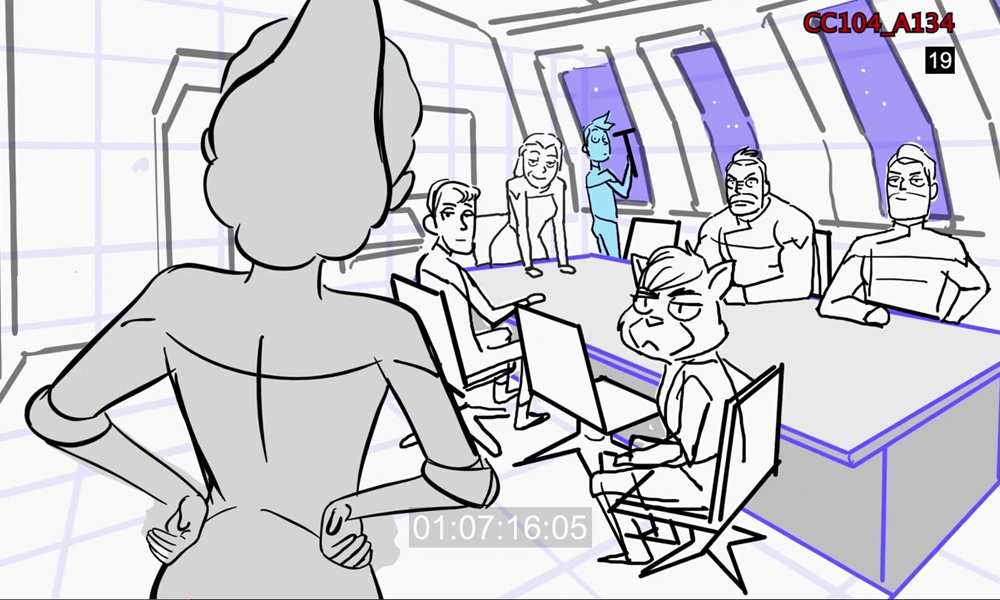 Ahead of Tuesday, May 18’s launch of Star Trek: Lower Decks Season 1 on Blu-ray, DVD and Steelbook from CBS Home Entertainment and Paramount Home Entertainment, fans can get an advance look at one of the fascinating bonus features included in the set.

In the exclusive snippet from Lower Decktionary – Art Design below, we hear from director Barry J. Kelly (Star Wars: Galaxy of Adventures, The Venture Bros.) about the role camera placement plays in the 2D toon. Director Kim Arndt (Solar Opposites, Big Mouth) comments on the show’s special blend of comedy and action. And creator/showrunner Mike McMahan (Emmy-winning writer/exec producer for Rick and Morty, Solar Opposites) talks about bringing the popular franchise into a new animated light:

Watch the featurette clip below and click over to our previous coverage to learn more about the Star Trek: Lower Decks Season 1 home release here. Never boarded the Cerritos? Read more about the show in Animation Magazine‘s feature story.