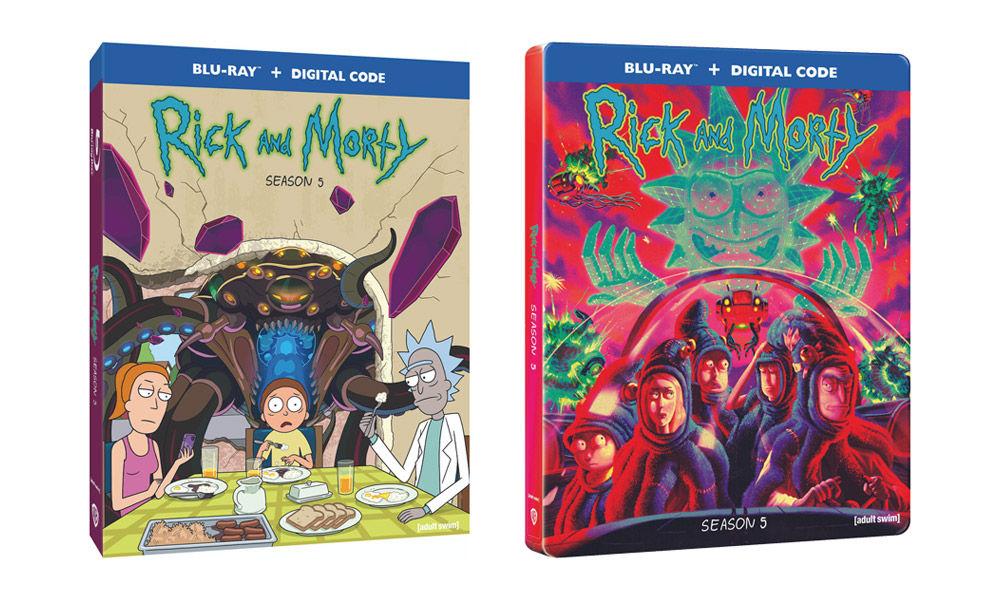 America’s favorite unhinged scientist and his hapless grandson return when Rick and Morty: The Complete Fifth Season arrives on Blu-ray Steelbook, Blu-ray and DVD on December 7. Enjoy all 10 episodes from the latest season of Adult Swim’s hit series from creators Justin Roiland (Solar Opposites) and Dan Harmon (Community), plus outrageous bonus content including the never-before-seen featurette Fighting Gravity: The Making of Season 5. Exclusive to the set, follow Harmon and the crew as they reflect on the challenges of completing this season in the middle of a pandemic. Additional special features include “Inside the Episode” segments for every episode, numerous featurettes, and more.

Rick and Morty is the multi-Emmy Award winning half-hour comedy series that airs on Adult Swim, the #1 destination for young adults for over a decade. The half-hour animated Adult Swim hit comedy series follows a sociopathic genius scientist who drags his inherently timid grandson on insanely dangerous adventures across the universe. Rick Sanchez is living with his daughter Beth’s family and constantly bringing her, his son-in-law Jerry, granddaughter Summer, and grandson Morty into intergalactic escapades. Rick and Morty was the #1 comedy across all of television in 2017 and 2019 and has become a multi-platform sensation not just on television, but across digital, gaming, live streaming, retail and fan experiences.

Rick and Morty: The Complete Fifth Season Blu-ray release will include 1080p Full HD Video with DTS-HD Master Audio for English 5.1. Featuring all 10 episodes from Season 5 in high definition, as well as a digital code (available in the U.S. only).