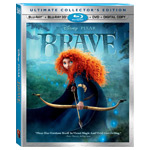 Och aye, here’s a bonny wee announcement for ye! Fans of Disney/Pixar’s latest princess-adventurer Merida will have something to look forward to this holiday season as Disney Home launches Brave on DVD and Blu-ray on November 13.

The 13th feature from Pixar Animation Studios (directed by Mark Andrews and Brenda Chapman) is an original story set in the ancient Highlands of Scotland and follows Merida, a headstrong princess determined to carve her own path in life who inadvertently puts her family and the entire kingdom in peril. The film will be available as a single-disc DVD (SRP $29.99), three-disc Blu-ray Combo Pack ($39.99) and 5-Disc Ultimate Collector’s Edition ($49.99). The hi-def Blu-ray sets include hours of bonus material, behind-the-scenes features, extended/deleted scenes, a new short titled The Legend of Mor’du and more. 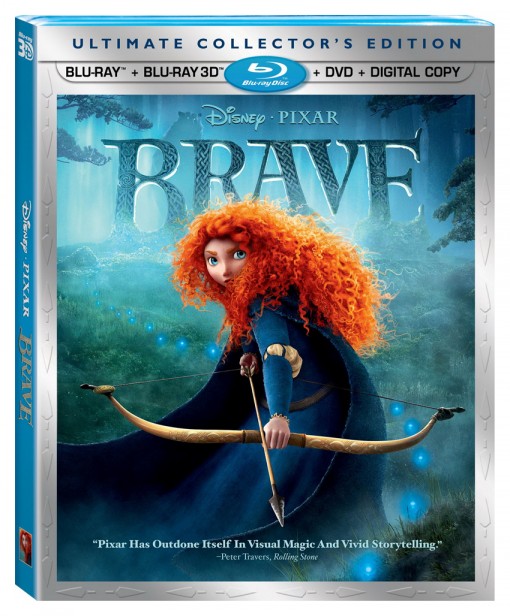