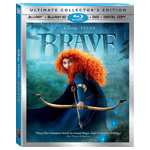 Remember Mor’du, the scary bear monster from Disney/Pixar’s animated feature Brave? Well, we’re going to learn a lot more about this troubled character when the new Blu-ray release of Brave hits stores later this month. The new short, which is called The Legend of Mor’du, will dig deeper into the backstory of the bear, who experimented with a spell that allowed him to win the control of his kingdom, but turned him into a fierce beast.

The short’s director is Brian Larson, a storyboard artist on Ratatouille and story supervisor on Brave.

He told ew.com, “It’s a cautionary tale. If you are selfish and not working in the right direction for the greater good you can destroy a huge part of your family—and yourself.”

The tale is narrated by Brave’s cheery old witch (Julie Walters), and the story of the prince is depicted in a hand-painted, paper cut-out style. Larson says the animation has a stony edge to it and the animators wanted to deliver a graphic style, with lots of silhouettes—a 2D look that still had volume and geometry. 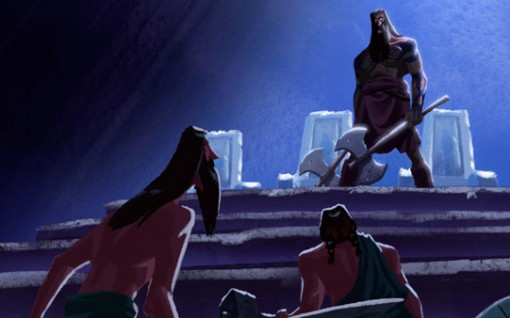 “It’s got a stony edge to it,” Larsen says. “We wanted it to be very graphic in that way, with a lot of silhouettes. We wanted a 2-D look that still had volume and geometry to it.”

Larsen said that he and his team were inspired by the work of acclaimed Disney artist Mary Blair. 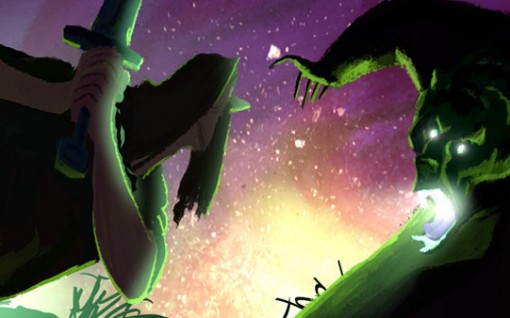 He said, “Going back to Mary Blair, we don’t get to flex those muscles all the time because we usually work in a 3-D animated world, so it just felt extra special that we could be in that painterly style. It gives it a texture — what you’re seeing is somebody’s imagination of this event, almost like a dream in some ways. It’s not real. It’s romanticized.”

The Blu-ray combo pack of Brave will be released on Nov. 13.