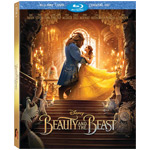 Disney’s live-action adaptation of its groundbreaking 1991 animated fairytale Beauty and the Beast will be bringing the magic home (complete with CG scene-stealers) on June 6 when it’s released on Digital HD, Blu-ray, DVD, Disney Movies Anywhere and On Demand. Home viewers will get not only three ways to watch the box-office record-breaking movie, but also more than 10 minutes of deleted scenes and tons of backstage insights through special features.

Directed by Bill Condon from a screenplay by Stephen Chbosky and Evan Spiliotopoulos, the new take on the tale as old a time stars Emma Watson as Belle, Dan Stevens as The Beast, Luke Evans as Gaston, Kevin Kline as Maurice, Josh Gad as LeFou, Ewan McGregor as Lumière, Stanley Tucci as Maestro Cadenza, Audra McDonald as Madame de Garderobe, Gugu Mbatha-Raw as Plumette, Hattie Morahan as the enchantress and Nathan Mack as Chip with Ian McKellen as Cogsworth and Emma Thompson as Mrs. Potts.

Alan Menken provides the score, which includes new recordings of the original songs from the animated feature written by Menken and Howard Ashman as well as three new songs written by Menken and Tim Rice. The film is produced by Mandeville Films’ David Hoberman, p.g.a. and Todd Lieberman, p.g.a with Jeffrey Silver, Thomas Schumacher and Don Hahn serving as executive producers.

The DVD version includes a music video for the iconic song “Beauty and the Beast,” but the real magic can be found amidst the Blu-ray and Digital HD extras:

Enchanted Table Read – Join the cast for the movie’s elaborately staged table read, complete with singing and dancing to live music, set pieces and more.
A Beauty of a Tale – Explore the process of transforming a beloved animated film into a new live- action classic.
The Women Behind Beauty and the Beast – Emma Watson introduces several of the talented women in all aspects of production who helped bring this enchanted tale to life.
Making a Moment with Celine Dion – Celine Dion shares what it’s like to sing “How Does a Moment Last Forever.”
From Song to Screen: Making the Musical Sequences – See what goes into making some of the film’s best- known moments (“Belle,” “Be Our Guest,” “Gaston,” “Beauty and the Beast”)
Deleted Scenes – Director Bill Condon presents a collection of scenes that, for one reason or another, ended up on the cutting-room floor. (“Gaston Courts Belle,” “Bread and Jam for Agather,” “Storming the Ice Gates,” “Lumiere Torches LeFou,” Monsieur Toilette,” “Cogsworth Rescues Lumiere,” “Treacle the Lasses,” “LeFour and Monsieur Toilette Reunite”)
Extended Song: “Days in the Sun” – Learn more about Beast’s childhood in an alternate version of this beautiful song, introduced by Condon.
“Beauty and the Beast” Music Video – Award-winning artists Ariana Grande and John Legend perform a moving version of this iconic song.
Making the Music Video – Go on set to capture the magic as it happens in Ariana Grande and John Legend’s “Beauty and the Beast” music video.
Disney Song Selection – Jump directly to all your favorite songs and sing along with the movie. 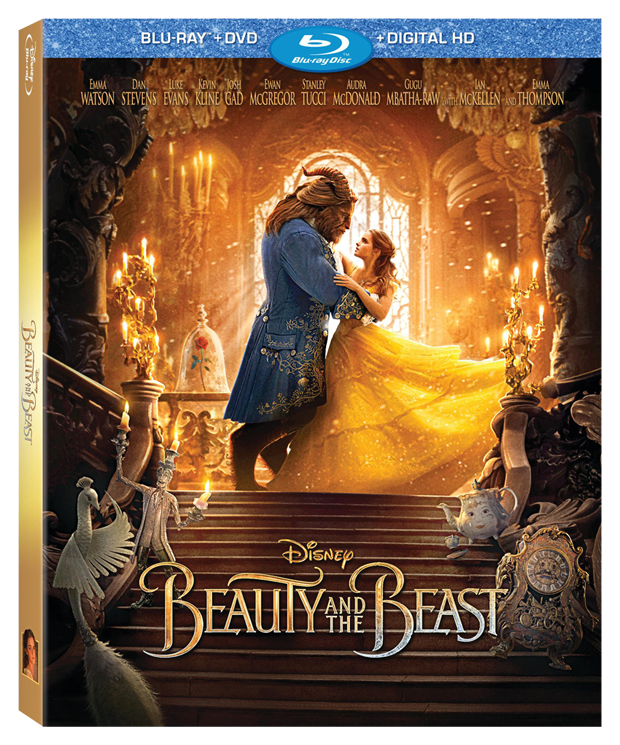