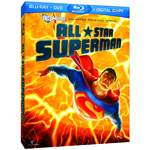 The Man of Steel deals with his own mortality in the acclaimed new Warner/DC animated movie, All-Star Superman.

Indubitably, there are legions of DC comic fans who are yearning for something to wash away the tepid aftertaste of the 2006 live-action Superman Returns movie. This month, the magic antidote arrives, thanks to director Sam Liu, writers Grant Morrison and Dwayne McDuffie, and the talented team behind the new animated Warner Premiere DVD/Blu-ray movie All-Star Superman. The project, which features James Denton, Christina Hendricks and Anthony Lane as the voices of Superman, Lois Lane and Lex Luthor, finds our favorite alien from planet Krypton dealing with the very human notion of mortality, and is something to behold. 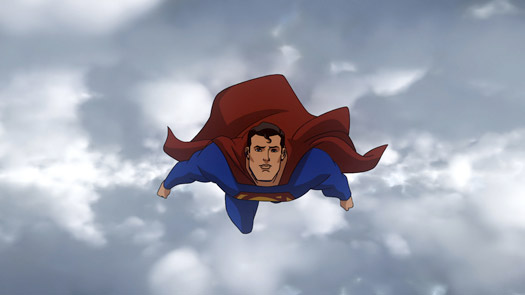 Liu, who has directed numerous animated series and movies over the past three decades, including Justice League: Crisis on Two Earths, Hulk Vs., Planet Hulk and Superman/Batman: Public Enemies, says he was quite struck by the personal nature of the script when he first read it. “I was a bit scared, because it’s not about Superman beating the crap out of everybody,” says the director. “The story really is about patience, and how our hero goes about his business while interrupting people’s lives. It’s also about Clark Kent and how he has a way of purposeful bumbling to solve problems.” 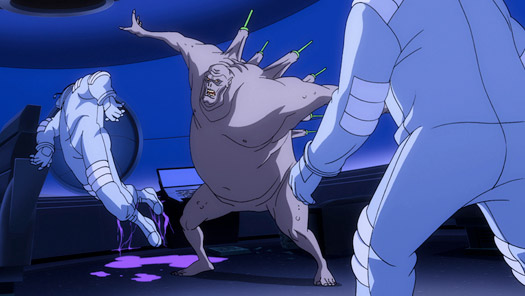 All-Star Superman is based on a very well-received,12-issue comic-book collection written by Morrison and illustrated by Frank Quitely (Jan. 2006-Oct. 2008) Liu says. “This story provides a wonderful study of what makes Superman work and why he does what he does. I think you really get why Superman is a hero, and it’s not because of all the amazing physical stuff he is able to do. We also wanted to remain very close to the artistic style of Frank Quitely—as close as you can in an animated feature.”

The new movie is certainly not afraid of getting to the emotional heart of the characters. “It’s always a good sign when people get choked up during a screening,” admits Liu. “Both Bruce [exec producer Bruce Timm] and I were quite moved by certain scenes in the picture. My fear was that we didn’t have a lot of fighting in this movie…but it’s a very dramatic piece. You have to really feel the moments. You have to make a talking scene engaging and get the subtext of what’s going on. And you can do that when you’re working with a smart script.” 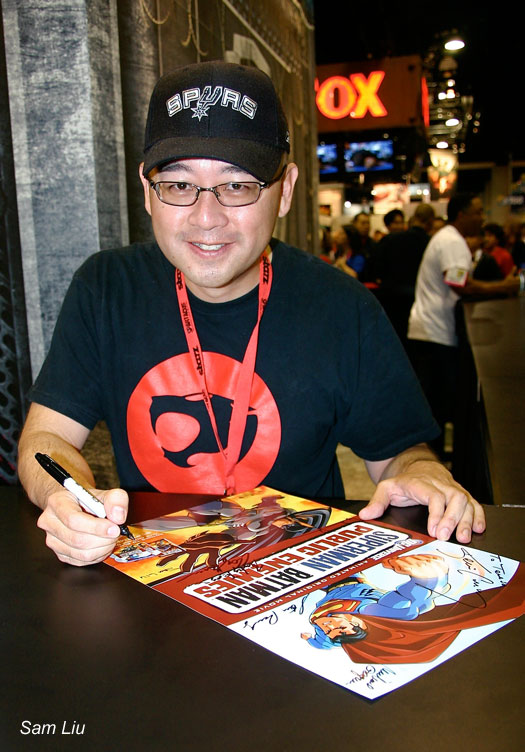 Liu and his team must have come up with exactly the right ingredients. After seeing the movie, original All-Star writer Morrison, who is widely respected in the comic-book arena, said that the pic is his all-time favorite superhero movie. “The adaptation is quirky, epic and heartbreaking, and I don’t think I’ve seen anything else quite like it,” he noted.

Like many of the other recent DC/Warner projects, the bulk of the animation was handled by Seoul, South Korea-based MOI Animation. Liu and the team at Warner Bros. Animation worked on the project for about four months (using Toon Boon Storyboard Pro software) before sending it out to MOI. “It was fast and furious, because three of the projects got greenlit at the same time, so we were working on three movies around the same time period,” adds Liu. “The timing of many of the titles depends on the release date for the theatrical movies. For example, we finished work on the Thor: Tales of Asgard project three years ago, but it will be released in March, timed with the live-action Thor movie.” Liu is also directing the upcoming CG-animated Green Lantern series which will premiere on Cartoon Network towards the end of the year. 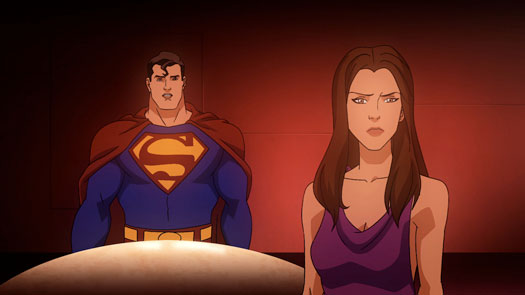 Looking back at an amazing animation career, which began with stints on Sony TV animation shows such as Extreme Ghostbusters, Godzilla and Max Steel, Liu says he has enjoyed both working in high-profile fan favorites such as The Batman series and more cult titles such as Roughnecks: The Starship Troopers Chronicles. “Back then, we were working on a show that was under the radar, so creatively we could do whatever we wanted to do—there weren’t so many chefs in the kitchen,” he recalls. “Now that I’m working again on a 22-minute long TV show, I realize that I miss the longer-form movies, because they lend themselves better to telling complex stories.” 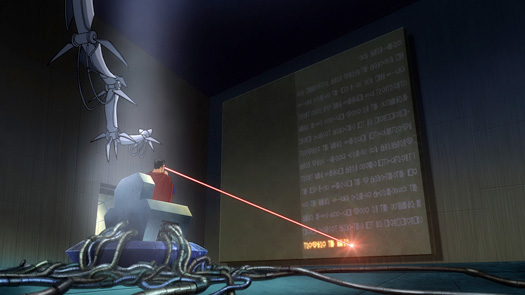 Perhaps, it’s this love for telling complex stories that makes this new Superman tale such a perfect fit for the director. “Superman is a difficult hero to bring to life today, because he represents this romanticized ideal that was a lot more acceptable in the 1940s—the hero who always did the honorable, boy scout thing,” notes Liu. “That’s why the Richard Donner/Christopher Reeve movies in the ‘70s and ‘80s were so brilliant because they gave him this touching humanity. After all, Superman is this alien with superpowers who can vaporize you with his eyes. He can be a scary creature—but in reality, he is quite gentle and touches people’s lives each time he interacts with them.” 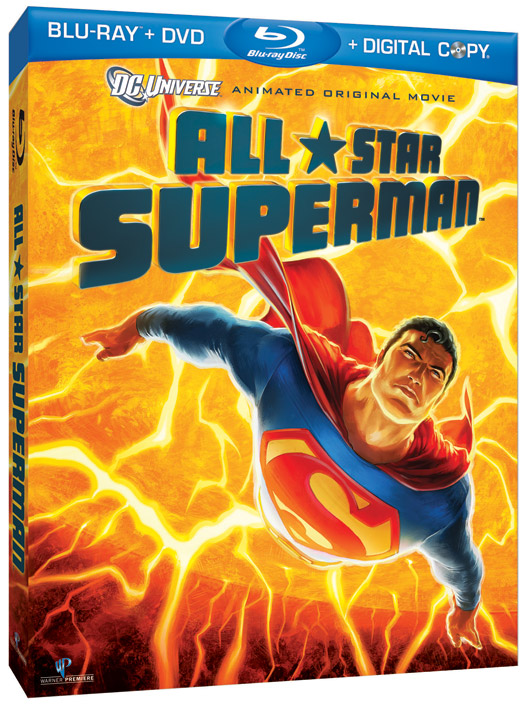 Warner Home Entertainment releases All-Star Superman on DVD (in a special two-disc and single-disc versions) and Blu-ray/DVD combo on February 22.