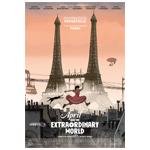 Take home a dazzling slice of indie European animation with GKIDS’ April and the Extraordinary World — available now on DVD, Blu-ray and Digital HD. One of the best-reviewed releases of the year, April is directed by Christian Desmares and Franck Ekinci (Persepolis) and brings Jacques Tardi’s incredible steampunk adventure to animated life.

The film is available on DVD ($29.98) and Blu-ray + DVD + Digital combo pack ($34.98). Bonus features are trailers and “The Origin of The Extraordinary World” featurette.

Paris, 1941. A family of scientists is on the brink of discovering a powerful longevity serum when all of a sudden a mysterious force abducts them, leaving their young daughter April behind. Ten years later, April (Academy Award winner Marion Cotillard) lives alone with her cat, Darwin, and carries on her family’s research in secret. But she soon finds herself at the center of a shadowy and far- reaching conspiracy, and on the run from government agents, bicycle-powered dirigibles and cyborg rat spies. English language version featuring Paul Giamatti, Tony Hale, Susan Sarandon, and J.K. Simmons! 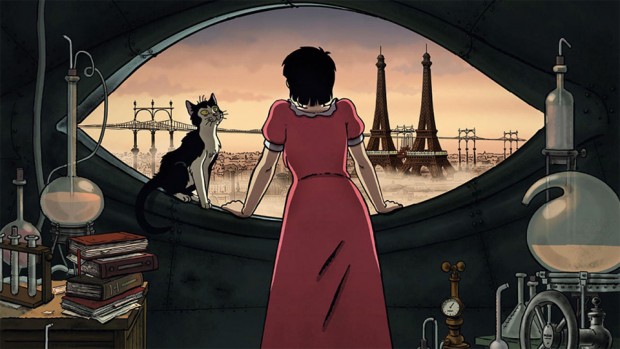