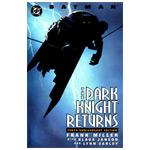 Warner Bros. Animation has announced the voice cast for its upcoming animated DVD movie based on the 1986 Frank Miller comicbook adventure The Dark Knight Returns. According to The Hollywood Reporter, Peter Weller (Robocop) has nabbed the plum part of Batman/Bruce Wayne and Ariel Winter (Modern Family) will voice Robin. The movie is a co-pro between Warner Premiere, DC Entertainment, Warner Bros. Animation and Warner Home Video.

Warner and DC are splitting up the adaptation of the four-part graphic novel into two animated features titled Batman: The Dark Knight Returns, Part 1 and Part 2. The first movie, which will be released under the DC Comics Premiere Movie brand, will hit stores this fall, while the second chapter will be released in 2013.

Miller’s award-winning graphic novel is set in near future where Batman is retired and Gotham City has slid into a dystopian state ruled by a gang of hooligans called The Mutants. The 55-year old Bruce Wayne is forced to don the cape once more, this time partnering with a female Robin to stop the Joker and to keep the peace when the city falls into chaos after being hit by an electromagnetic pulse. 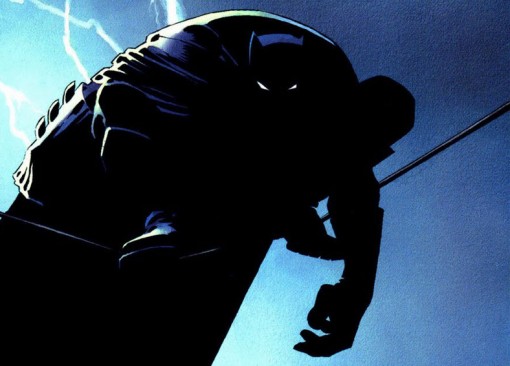 “Dark Knight Returns is the granddaddy of beloved comics properties that we’ve ever attempted (to adapt),” said Bruce Timm, the legendary animation veteran who has overseen all of DC’s animated movies. “There is definitely the imperative to get it right.”

The movie will be the 15th in DC’s best-selling line of animated movies produced for the home entertainment market.