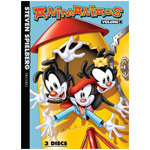 We’ve got some great news for Animaniacs fans, just in time for this Thanksgiving holiday! You can catch up with the zany adventures of Yakko, Wakko and Dot as Warner Bros. Home Entertainment Group releases Animaniacs: Volume 4 on DVD on February 5. This 3-disc collector’s set features 24 episodes from this fan favorite cartoon series following the wacky characters who were so crazy that the studio executives locked them in the water tower on the Warner Bros. studio lot. Each episode features comedic educational segments that cover subjects such as history, mathematics, geography, astronomy, science, and social studies, often in a musical format. Animaniacs: Volume 4 is priced to own at $29.99 SRP.

The series follows an ensemble cast of off-the-wall Warner Bros. characters, appearing in a wide variety of roles. Wakko, Yakko, and Dot Warner, are WB Studio creations who were just too “zany” to be of any use to the studio. Pinky and the Brain are two mice bent on world domination. Rita and Runt are a cat and dog team, who get into perilous situations every episode, but always seem to find time to sing a song. Bobby, Pesto, and Squit are the Goodfeathers, part of a New York mob of pigeons, who worship Martin Scorsese. Slappy the Squirrel is a middle-age squirrel; she starred in a series of popular cartoons in the Golden Age. Buttons is a watch-dog, charged with watching the mischievous toddler, Mindy. Chicken Boo is a giant chicken trying to integrate into human society, and Flavio and Marita are two urbane hippopotami.

Animaniacs first aired on Fox Kids from 1993 to 1995 and new episodes later appeared on The WB from 1995 to 1998 as part of its Kids WB! afternoon programming block. 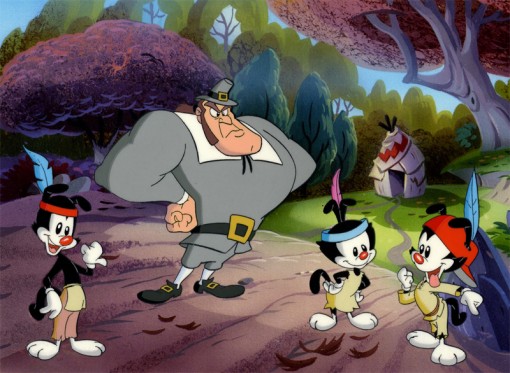 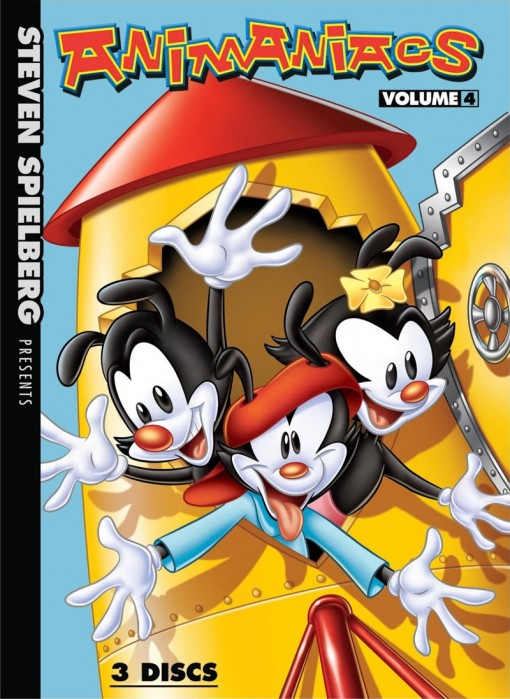