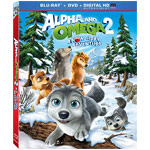 Fans of Lionsgate 2010 CG-animated feature Alpha and Omega will be happy to know that the studio is releasing a sequel on Blu-ray combo, DVD, digital download and VOD on October 8. EW.com says this will be the first in a series of new Alpha and Omega adventures to be released for the home market.

This first sequel, Alpha and Omega 2: A Howl-iday Adventure follows Kate, Humphrey, and their three cubs: Stinky, Claudette, and Runt, who mysteriously disappears in the opening act. It’s up to the pup’s family to find him — discovering the true meaning of the holidays along the way.

Here is the official synopsis: “Kate, Humphrey and their 3 wolf cubs (Stinky, Claudette and Runt) are happily preparing to celebrate their first winter together when their smallest cub, Runt, mysteriously disappears. They must now go on a new journey across the wilderness to find Runt and bring him back before the snow blocks their way home. It’s their greatest adventure yet, filled with action and suspense as well as plenty of the humor and heartwarming moments that were delivered in the first theatrical release. While their adventure does not end exactly as planned, Kate & Humphrey discover that ‘Home is where the Family Is.'” 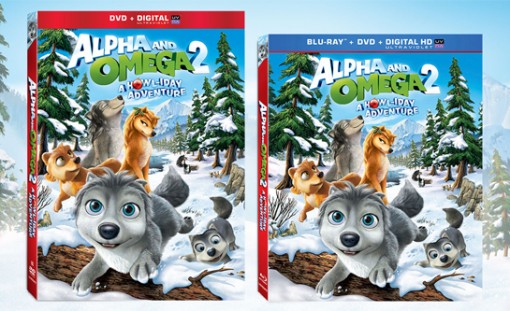