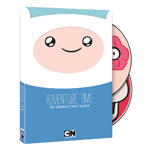 July is going to be a little bit hotter for fans of Jake and Finn and Cartoon Network’s glorious animated series Adventure Time. It was announced today that the complete first season DVD of the series (that’s 26 episodes plus lots of featurettes, commentaries and cool animatics) will be available on July 10. Adventure Time: The Complete First Season two-disc set will be available for the suggested retail price of $26.95.

The bonus materials include: behind the scene featurettes of the crew, the composers and more filmed by creator Pendleton Ward with his very own camera phone; animatics featuring commentary by Ward, Adam Muto, Pat McHale and Derek Drymon for the “Rainy Day Daydream,” “Slumber Party Panic,” “Dungeon” and “The Enchiridion!” episodes; and episode commentary from cast members and special guests including: “Prisoners of Love” with John DiMaggio, Jeremy Shada, Tom Kenny and Ward; “Ricardio the Heart Guy” with George Takei, Hynden Walch, Kenny, Shada and Ward; “Tree Trunks” with Bettie Ward and Polly Lou Livingston; and “Trouble in Lumpy Space” with DiMaggio, Shada, Kenny and Ward. 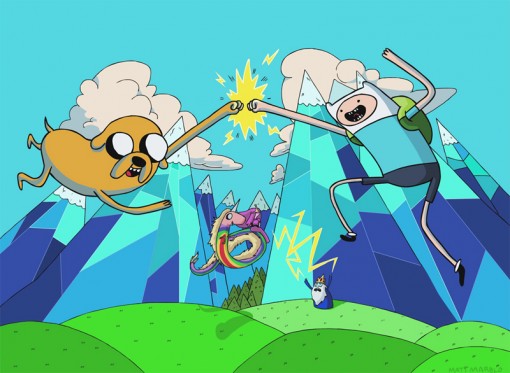 Adventure Time’s ratings and the brand’s consumer products program continue to grow. Throughout its first three seasons, the Adventure Time series has garnered great ratings success with more than 44.3 million kids 6-11 and 35.8 million boys 6-14 tuning in to the series, and making it the #1 show in its timeslot for boys 6-14. 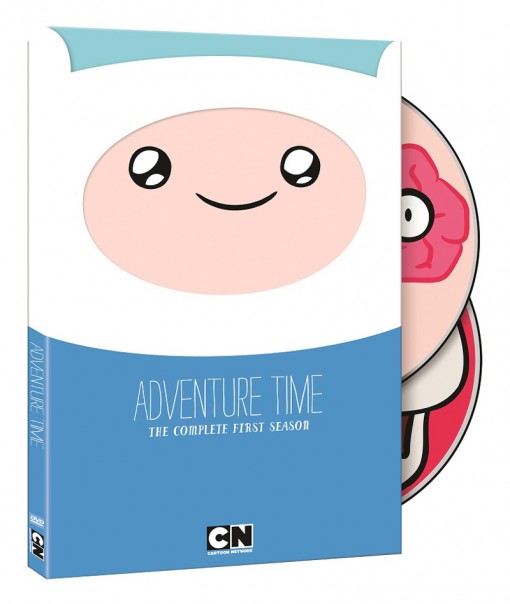