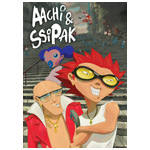 Topping our new DVD/Blu-ray release list this week is Zack Keller and Ed Skudder’s (yes, the brilliant minds behind webtoon sensation Dick Figures) English dub of cult Korean animated hit Aachi & Ssipak (New Video Group, $19.95). The madcap film follows the titular hoodlum duo who scrape by stealing and selling addictive blue popsicles called Juicybars, which are distributed by the government in exchange for human excrement which is the only usable fuel is this dystopian future city. When they hook up with a wannabe actress named Beautiful, Aachi wants to exploit her talent for finding Juicybars, while Ssipak falls in love with her. But they soon attract the attention of the ruthless, mutant Diaper Gang and the police. [March 11]

The Flintstone Kids: Rockin’ in Bedrock [Turner, $19.97] This two-disc, 20-episode set brings the pint-sized spinoff series to DVD for the first time.

Monsters vs. Aliens: Supersonic Joyride [Fox, $14.98] Team Monster is back in this CG series which finds them tackling as slew of outrageous villains and meeting colorful new characters.

Teenage Mutant Ninja Turtles: Mutagen Mayhem [Nickelodeon, $14.98] The Turtles must face a double threat when Shredder and the Kraang team up, plus new mutants in the city and the return of Karai, Rat King and the Foot Bots. 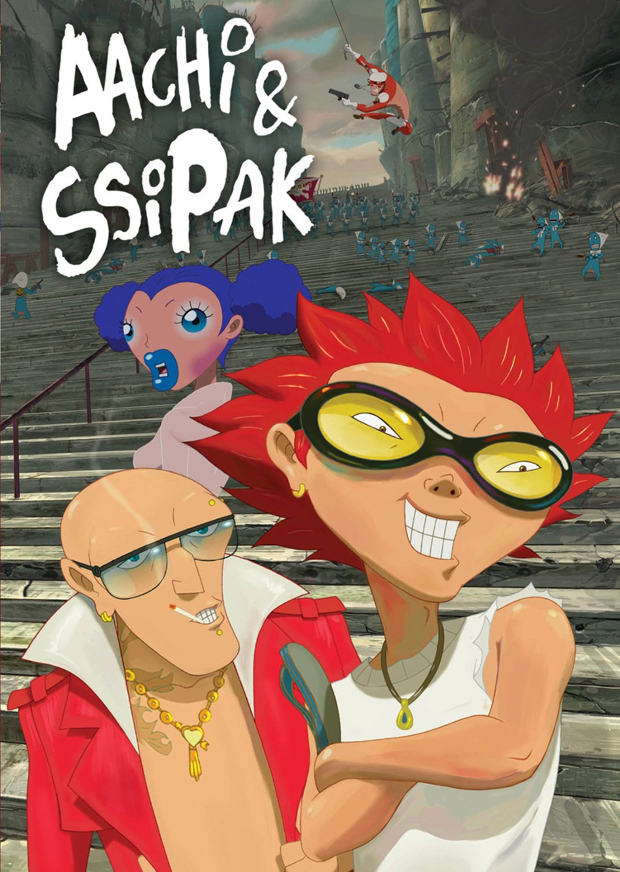