Over the past decade, it has become an annual Animation Magazine tradition to recognize and celebrate some of the amazing women and men who have contributed to our industry. Our annual awards celebration gala kicked off the popular World Animation & VFX Summit in Los Angeles each November. Sadly, like many other events this year, we had to postpone the Summit until 2021, when we hope to gather in person once again and offer timely and important panels and keynotes that benefit those who work in the animation and VFX industry around the world.

However, we didn’t want to miss the opportunity to spotlight some of the brilliant creatives who continued to provide us with stand-out shows and features that entertained and inspired us during this very challenging year. Our awards ceremony will be virtual this year, and we’ll have the presentation available to watch on animationmagazine.net and facebook.com/AnimationMagazine starting December 7 at 4 p.m. PT / 7 p.m. ET.

Please accept our gift of a FREE digital one-year subscription to Animation Magazine. The special promo code for this offer will be shown at the end of the awards show.

We want to thank all our sponsors — Netflix, DreamWorks Animation, Fost., Pixar Animation Studios, Sony Pictures Animation, The Gotham Group and WOW! Unlimited Media — and the generous awards presenters and recipients who helped make this virtual celebration possible, from the bottom of our hearts. It’s our honor to hold up a mirror to the wonderful, diverse, thoughtful and entertaining work produced by our eight award recipients this year. We are forever grateful for the laughs, the tears, the wonder and the inspiration you provide us with your art. Here’s to you and the brighter future you envision for our world! 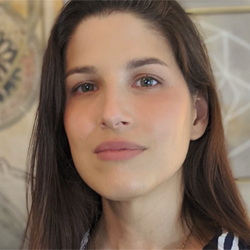 Sofía Alexander – Creator, Onyx Equinox [Crunchyroll]
New Voice of the Year Award
Sofía Alexander is the executive producer and creator of Crunchyroll’s original series Onyx Equinox, which follows a young boy through his epic journey across Mesoamerica to save humanity from the gods. Alexander got her start in the animation industry by freelancing for Cartoon Network’s reboot of The Powerpuff Girls. She has since worked as a storyboard artist for Hasbro’s Stretch Armstrong and the Flex Fighters, Nickelodeon’s Invader Zim: Enter the Florpus and Cartoon Network’s Infinity Train. She has provided concept art for Disney Imagineering. 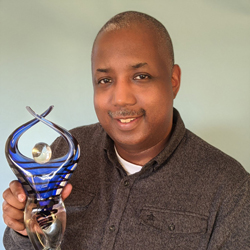 Kemp Powers – Writer and Co-director, Soul [Pixar]
New Voice of the Year Award
Kemp Powers is the writer and co-director of the studio’s eagerly anticipated feature Soul, which premieres on Disney+ on Dec. 25. Powers grew up in Brooklyn, NY. He attended both Howard University and the University of Michigan. Prior to Pixar, Powers was an award-winning playwright, television and film screenwriter, and journalist. His play One Night in Miami… received three LA Drama Critics Circle Awards and four NAACP Theatre Awards, and was nominated for the 2017 Laurence Olivier Award for Best New Play. He adapted it into a feature film, which is being directed by Oscar-winning actress Regina King. He was also a writer for the TV series Star Trek: Discovery and has toured nationally as a storyteller for the Peabody Award-winning series The Moth. 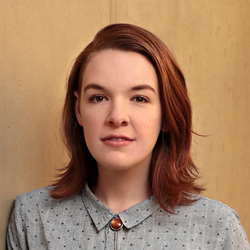 Noelle Stevenson – Exec producer, She-Ra and the Princesses of Power [DreamWorks Animation/Netflix]
Creative Vision Award
Noelle Stevenson is an Eisner Award-winning and bestselling writer and cartoonist who has worked in both animation and comics. A graduate of the Maryland Institute College of Art, she is the author of National Book Award-nominated graphic novel Nimona, currently in production at 20th Century Animation and slated for release in 2022. She is also the co-creator of the GLAAD-award winning comic series Lumberjanes, currently in development at HBO Max, and has written and illustrated for Marvel and DC Comics. In animation, she wrote for series including Wander Over Yonder, Bravest Warriors, DuckTales and Big Hero Six before becoming the executive producer of DreamWorks Animation’s critically acclaimed and Emmy, Critics Choice and GLAAD Media Award-nominated series She-Ra and the Princesses of Power for Netflix. 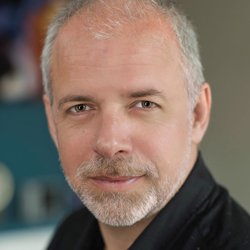 Marc du Pontavice – Founder and President, Xilam Animation
Game-Changer Award
Marc du Pontavice began his career at Gaumont, where he co-founded Gaumont Television and supervised the production of a hundred hours of prime time fiction, including the series Highlander. He also created Gaumont Multimedia, whose assets he acquired in 1999 to found Xilam Animation. The studio has established itself as one of the world’s leaders in animation production, with several worldwide successes, including award-winning series such as Oggy and the Cockroaches, Zig & Sharko and Mr. Magoo, which are all exec produced by du Pontavice. He has also produced dozens of live-action and animated features, the most recent one being director Jeremy Clapin’s acclaimed feature I Lost My Body, which was nominated for an Academy Award and received three Césars. 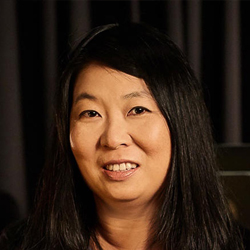 Peilin Chou – Producer, Over the Moon [Pearl Studios/Netflix]
Producer of the Year Award
Peilin Chou is an animation film producer with an overall deal at Netflix Animation. Her most notable producing credits include Over the Moon, an animated musical feature film directed by Glen Keane which premiered on Netflix in October 2020, and last year’s Abominable, an animated feature directed by Jill Culton. Prior to joining Netflix, Chou was the Chief Creative Officer of Pearl Studio (formerly Oriental DreamWorks) where she oversaw the overall mission and creative direction of the studio. Her 20-plus-year career in content creation also encompasses numerous creative leadership roles: She developed a robust slate of series in her roles as director of development at Nickelodeon, VP of original series at Spike TV and senior VP of programming and production at AZN TV. Peilin started her career in features at the Walt Disney Studios, where she was a creative exec at Disney Feature Animation and Touchstone Pictures, developing and overseeing dozens of features, of which two of her favorites are Mulan and Romy & Michele’s High School Reunion. 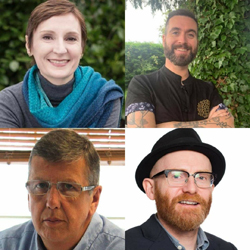 Cartoon Saloon
Studio of the Year Award
Founded by Tomm Moore, Paul Young and Nora Twomey in 1999 in Kilkenny, Ireland, Cartoon Saloon is a world-renowned animation studio best known for Oscar-nominated features The Secret of Kells, Song of the Sea, The Breadwinner and this year’s magical epic Wolfwalkers. The studio’s 2017 short Late Afternoon by Louise Bagnall also received a Best Animated Short Oscar. The studio, which currently employs about 300 animators, is also an active producer of TV and streaming content, offering award-winning shows such as Skunk Fu!, Puffin Rock, Dorg Van Dango and Vikingskool throughout the years. The studio is currently working on Twomey’s new feature My Father’s Dragon, which will debut on Netflix in 2021. [Pictured: Cartoon Saloon’s key principals, clockwise from top: Nora Twomey, Tomm Moore, Paul Young and managing director Gerry Shirren] 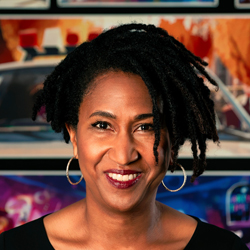 Karen Toliver – Executive VP of Creative, Sony Pictures Animation
Game-Changer Award
As executive vice president of creative for Sony Pictures Animation, Karen Toliver is responsible for the creative supervision of a number of upcoming features for the studio, and is also in charge of recruiting key storytelling talent and discovering and acquiring new creative material and intellectual property. Toliver is also the producer of the Oscar-winning animated short Hair Love, directed by Matthew A. Cherry. The story of the Young family will continue in the upcoming HBO Max series, Young Love. Toliver has extensive experience in production and development, including 10 years at Fox Animation where she supervised the production of the Rio film franchise and the latest three films in the Ice Age series. She also spearheaded the Oscar-nominated original feature Ferdinand. Toliver also served as a production exec at Disney on films such as Brother Bear, Chicken Little and Meet the Robinsons. 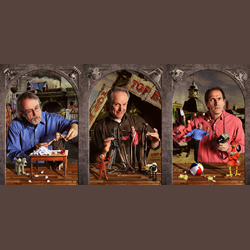 Aardman Animations
Game-Changer Award
Since its launch in 1972 by Peter Lord and David Sproxton, the Bristol-based animation studio has been a major force in pop culture, movies, TV, games and online media. The first two decades of the studio saw the release of iconic stop-motion short projects such as Morph, the Peter Gabriel music video Sledgehammer and Channel 4’s Lip Synch series, which was followed by Nick Park’s Oscar-winning Creature Comforts. Park also introduced the world to Wallace and Gromit in a series of Oscar-winning shorts, who took the world by storm and eventually starred in their own feature The Curse of the Were-Rabbit in 2005. Other major feature releases include Chicken Run (2000), Flushed Away (2006), Arthur Christmas (2011), The Pirates! Band of Misfits (2012), Shaun the Sheep Movie (2015), Early Man (2018) and A Shaun the Sheep Movie: Farmageddon (2019). The studio is currently working on a holiday special for Netflix (Robin Robin) and the Chicken Run sequel. [Pictured: Aardman principals, from left, Peter Lord, Nick Park and David Sproxton] 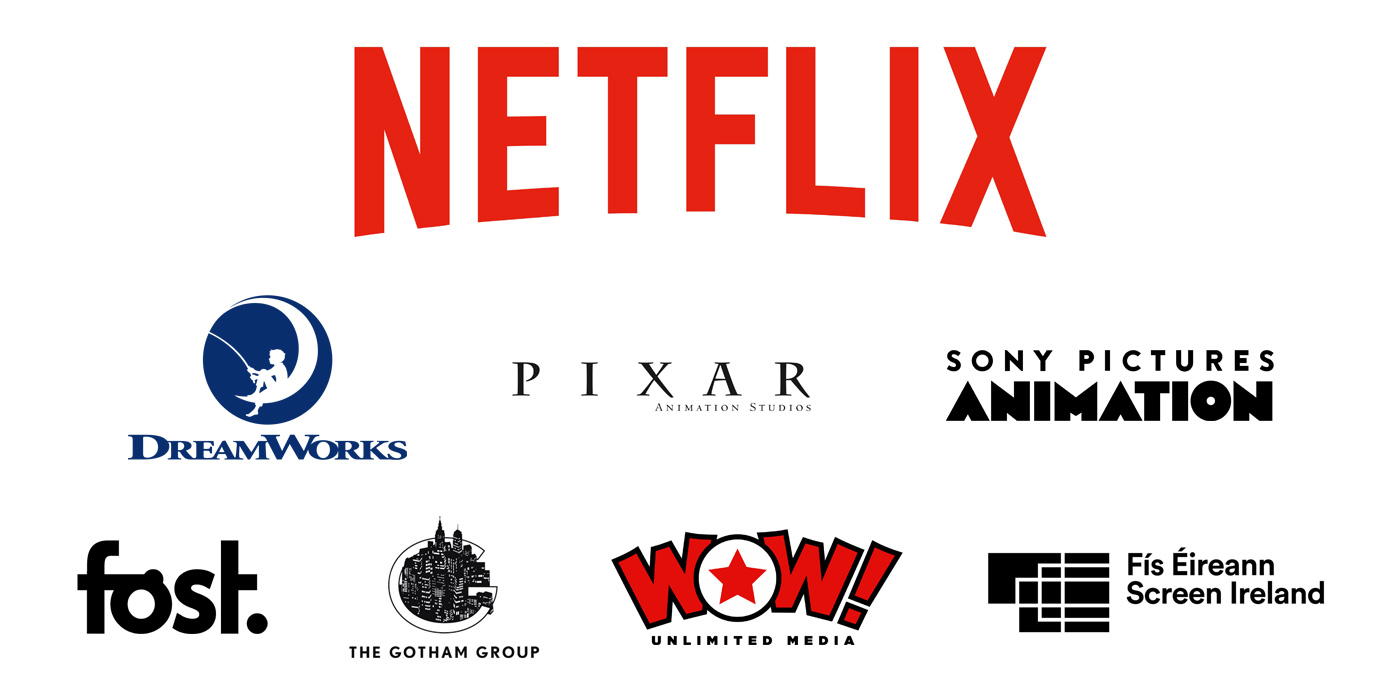