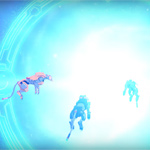 “We are big fans of the Voltron franchise and wanted to create an experience that would captivate existing fans and also introduce the story in a compelling way for new ones,” said Wayne Kennedy, Digital Domain’s Director of Creative Development. “With DreamWorks Voltron VR Chronicles, we are pioneering the next evolution of interactive storytelling in a fully-immersive setting.”

In Voltron VR Chronicles, players become a Paladin of Voltron and blast through time and space to save the universe from dangerous alien threats, all in a fully-immersive environment with interactive elements. Fans can join forces with Lance, Hunk, Pidge, Keith, Shiro, Allura and Coran inside the Voltron story as they fight back against Zarkon by solving puzzles and conquering challenges.

“We are excited to collaborate with Digital Domain to create a deep ‘in-world’ experience that allows fans to step inside the world of DreamWorks Voltron Legendary Defender and create their own memorable adventure,” said Chris Heatherly, EVP of Games and Digital Platforms, Universal Brand Development. “This interactive narrative experience allows us to creatively extend the series’ storylines, putting fans in the center of the action.”

DreamWorks Voltron VR Chronicles will be available for $14.99 on PlayStation VR via the PlayStation Network; HTC Vive and Oculus Rift via Steam; for Rift via the Oculus online store. 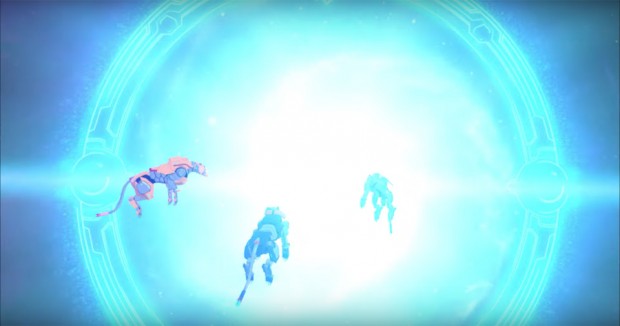