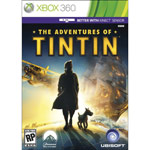 Montpellier, France-based Ubisoft has released more information about the upcoming game based on Paramount’s The Adventures of Tintin: The Secret of the Unicorn. Based on Herge’s renowned comic-books, the game takes players through the journeys of the globetrotting young reporter as he travels to numerous locations from the film, including Captain Haddock’s ship the Karaboudjan, Omar Ben Salaad’s Palanc and the City of Bagghar.

“Our story mode follows the Steven Spielberg and Peter Jackson film closely, but we’ve expanded up on it, because the film is only two hours long and our game has 15 to 20 hours of gameplay,” said Drew Quakenbush, senior producer at Ubisoft in a new Associated Press game report.  “We were very fortunate because we had a very strong relationship with the filmmakers. They are not only brilliant directors, but they’re also avid gamers and had a deep interest in what we were doing with the game. During our first visit to New Zealand, we got into a very long conversation with Peter Jackson about the length of Captain Haddock’s moustache. It shows the care that they have to make sure the character are honoring the heritage of Tintin.” 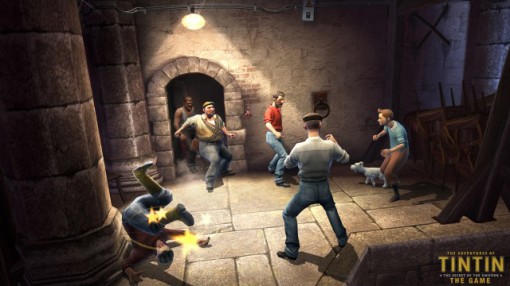 The Adventures of Tintin: The Game

According to Quakenbush, the game creators have also planned a few surprises by introducing new environments, characters and a fun cooperative mode based on Captain Haddock’s dreams. “Regarding story modes, you can play as Tintin, some parts you play as Snowy the Dog and some parts as Captain Haddock,” he adds. “Like the comics, the game is an action-adventure, which you can play across multiple environments— on the ocean, on an airplane, mountains, sahara, etc. We’ve enabled stereoscopic 3D in order to enhance immersion so that the game is consistent with a unique 3-Dmovie experience. 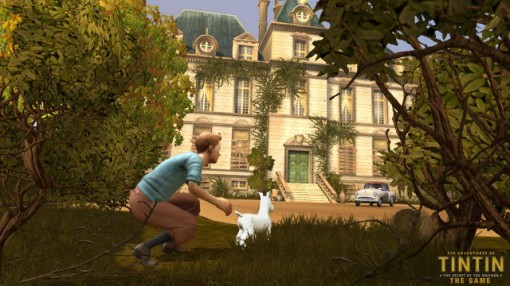 The Adventures of Tintin: The Game

HBO’s ‘Life and Times of Tim’ Returns in Dec.
Reynolds and Bullock Prepare a New Toon