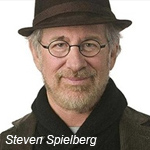 Steven Spielberg will exec produce a live-action TV series based on the popular video game franchise Halo for Microsoft’s new console Xbox One. The series will include exclusive interactive Xbox One content that is created in partnership with 343 Industries and Xbox Entertainment Studios, says The Hollywood Reporter.

Halo was first introduced by Bungie back in 2001. The first-person shooter game centers on an interstellar war between humanity and a theocratic alliance of aliens known as the Covenant. Many of the titles center on the adventures of Master Chief John-117, a cybernetically enhanced human super-soldier and his artificial intelligence companion, Cortana.

In the past, there had been rumors of a feature adaptation of the franchise by Columbia Pictures, based on a script penned by Alex Garland, to be directed by Neill Blomkamp. The property also inspired an anime series titled Halo Legends, which was created by Bones, Casio, Production I.G., Studio 4°C, and Toei Animation, overseen by Shinji Aramaki (Appleseed, Appleseed Ex Machina).

As he adds Halo to his slate, Spielberg continues to be one of the busiest creatives working in Hollywood today. He is overseeing ABC’s lottery drama Lucky 7, TNT’s Portal House and Peter Gunn series, as well as CBS’ adaptation of Stephen King’s Under the Dome, which premieres in June. He is also exec producing Falling Skies, Jurassic Park IV, the untitled Transformers Sequel and the 2013 Adventures of Tintin sequel Prisoners of the Sun, to name a few of his upcoming projects. The next feature he’s directing is 2015’s American Sniper, which stars Bradley Cooper as a decorated Navy Seal. 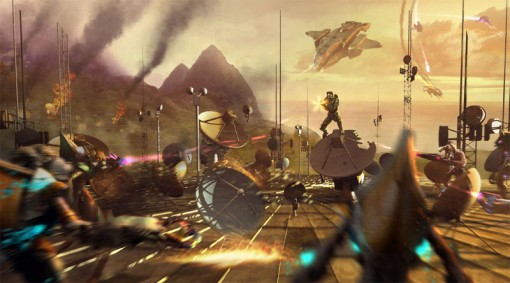