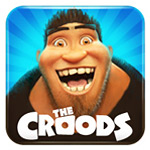 DreamWorks Animation has teamed up with Angry Birds powerhouse Rovio Entertainment to deliver a new mobile game based on its upcoming pic The Croods. The game finds the family breaking out of the Stone Age with the use of a new revolutionary tool: the IDEA! The Croods will hunt and gather their way through spectacular new landscapes as they tame fantastic and never-seen-before creatures. The game’s tagline is “Help The Croods survive the wild…and each other!”

The Croods will debut globally on iOS and Android on March 14th. Fans can check www.rovio.com/theCroods to see the exclusive teaser trailer and keep up to date on all the latest news.

“DreamWorks Animation’s The Croods is filled with wonderful characters and creatures in an incredibly detailed, inventive world — it was just begging for its very own mobile game!” said Petri Järvilehto, EVP of Games at Rovio Entertainment. “It’s been an incredible experience having our two teams working closely together on extending the story to mobile platforms.”

“Rovio set the industry standard in mobile gaming with Angry Birds, and we believe their massive community of active users will go wild for The Croods,” said DreamWorks Animation’s Head of Global Interactive, Chris Hewish. “We’ve developed a close and collaborative relationship with Rovio in which our world class filmmakers created an incredible piece of custom animation on the home screen that introduces players to the game’s beautifully rich aesthetics.”

Meanwhile, Rovio has some big Angry Birds news as well. The popular franchise will launch its animated series online on March 16 on the www.Rovio.com website. Viewers will be able to find out what is happening “deep in the heart of Piggy Island” and learn whether those merciless piggies ever get hold of the birds’ eggs. According to previous reports, there will be 52 episodes that will each last about three minutes and be available on a variety of devices. The company is also working on a CG-animated feature based on the property, which is expected to debut in the mid-2016.

Here is the trailer for the Angry Birds Toon: 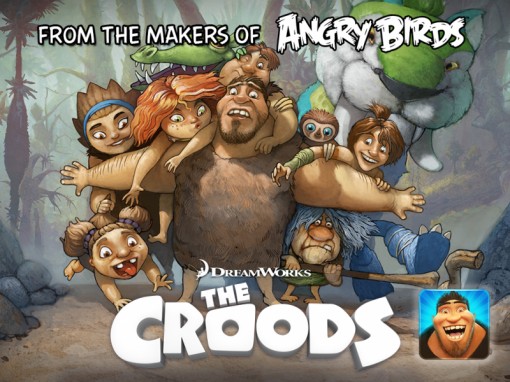