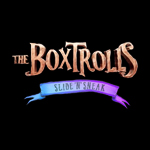 LAIKA animation studio, Focus Features and RED Games — a division of RED Interactive Agency — has launched The Boxtrolls: Slide ‘n’ Sneak, a side-scrolling action adventure game based on the upcoming 3D stop-motion family film The Boxtrolls (September 26). Available now for iOS and coming soon to Android, the mobile game introduces players to the crafty, cavern-dwelling Boxtrolls and offers a new way to experience the rich world of the film.

In The Boxtrolls: Slide ‘n’ Sneak, players journey through the world of Cheesebridge on a mission to rescue captured Boxtrolls from the devious Red Hats’ factory lair. They must guide a lead Boxtroll of up to three on a mission as they run, jump and slide to avoid Red Hats and traps while collecting gears and cogs through over 30 increasingly difficult levels. If the lead ‘troll is captured, the next one steps up.

Collecting gears and cogs unlock additional Boxtrolls and special power-ups. Players must collect light bulb rewards for level completion and perfect runs in order to defeat the Red Hats. Players can also visit Eggs in the Boxtroll cavern for tips and the ‘trolls human friend Winnie to earn special “Acheesements” and rewards.

RED Games emulated LAIKA’s animation style for the game by using traditional animation techniques to create interactive characters from images taken from the film, preserving the hand-crafted detail and texture The game utilizes native gyroscopes in devices to provide a sense of depth with reactive menu scenes. Slide ‘n’ Sneak is available now for free for iPhone, iPod Touch and iPad running iOS 7 or higher through the App store. 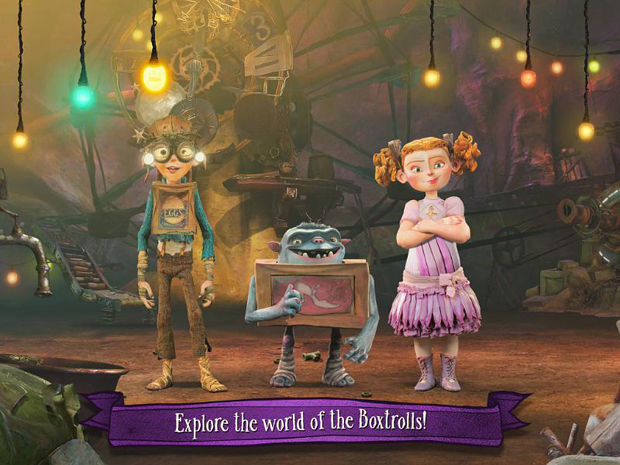 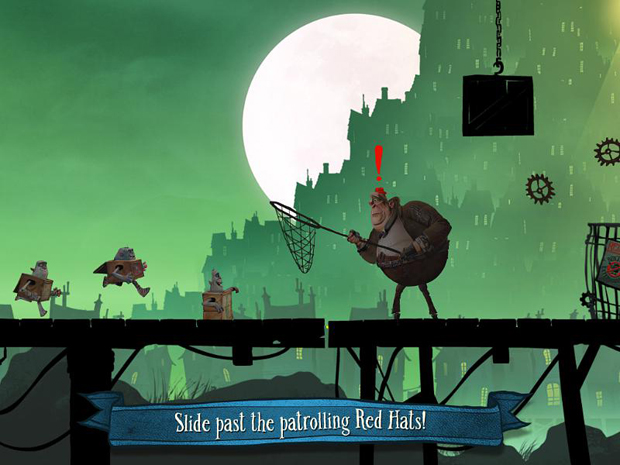