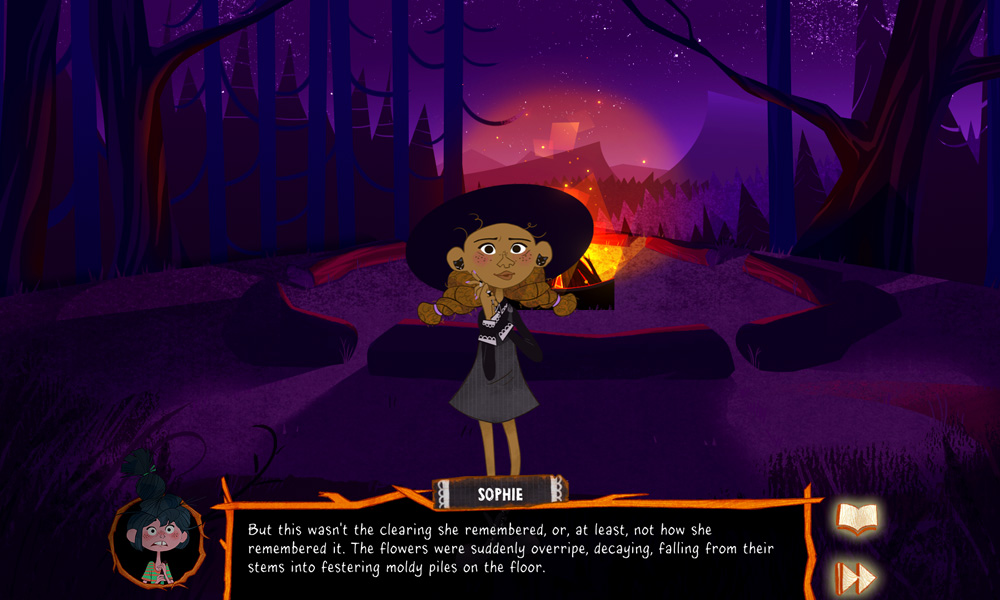 A hybrid of a choose-your-own-adventure and Saturday morning cartoon, the events of Camp W are guided by player choice. You inhabit the role of a young Witch trespassing in the Human Realm, where you will make friends, cast spells, and uncover secrets during your first ever summer away from home.

“I think we managed to do something really unique with Camp W, by developing an animated series that is actually an interactive experience that you, the player, not only star in, but direct,” said narrative director Alexei Bochenek. “We absolutely stuffed this game with detail, from the art to the story to the musical score, and we worked painstakingly to create a fully realized universe that is both fresh and familiar.”

“What I’m most proud of are the characters that we created, who you get to meet and spend time with when you play,” said creative director Kelly Shay. “This is a game that is silly, spooky, and fun, but also full of heart. It’s about being a little bit weird, and discovering that, when you take a bunch of outsiders and put them together, it turns out that you’re all on the inside of your own community of weirdos, which people in the gaming and animation community already know is an absolutely spectacular group to be a part of. That’s who I think we are behind this game, and that’s who I hope finds and connects with Camp W.” 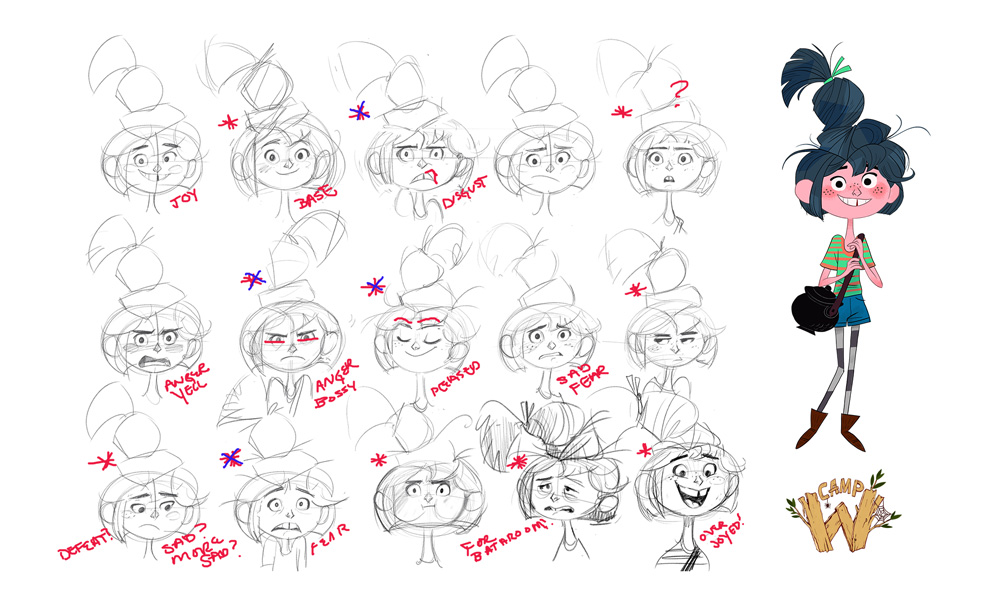 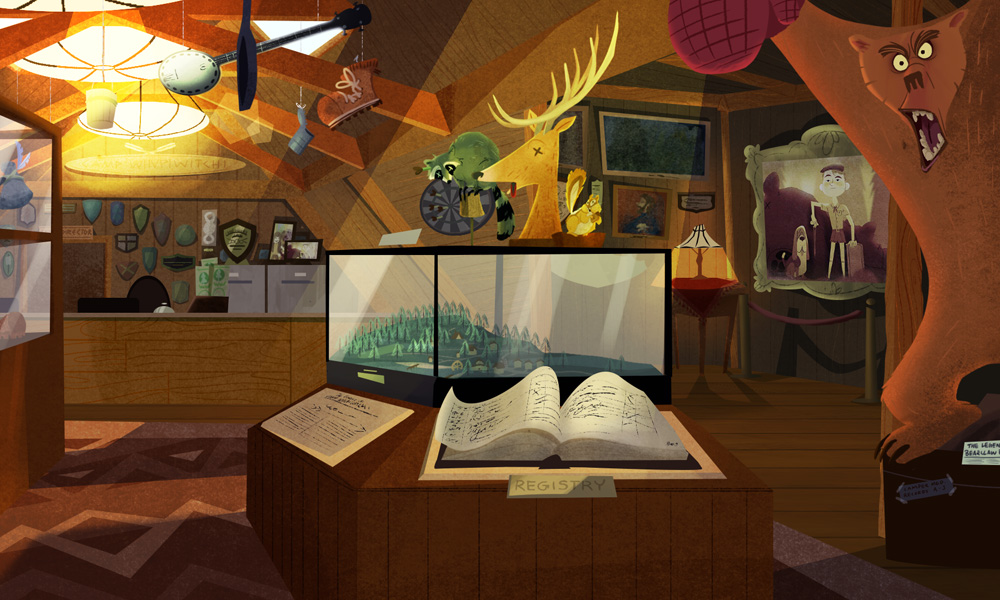 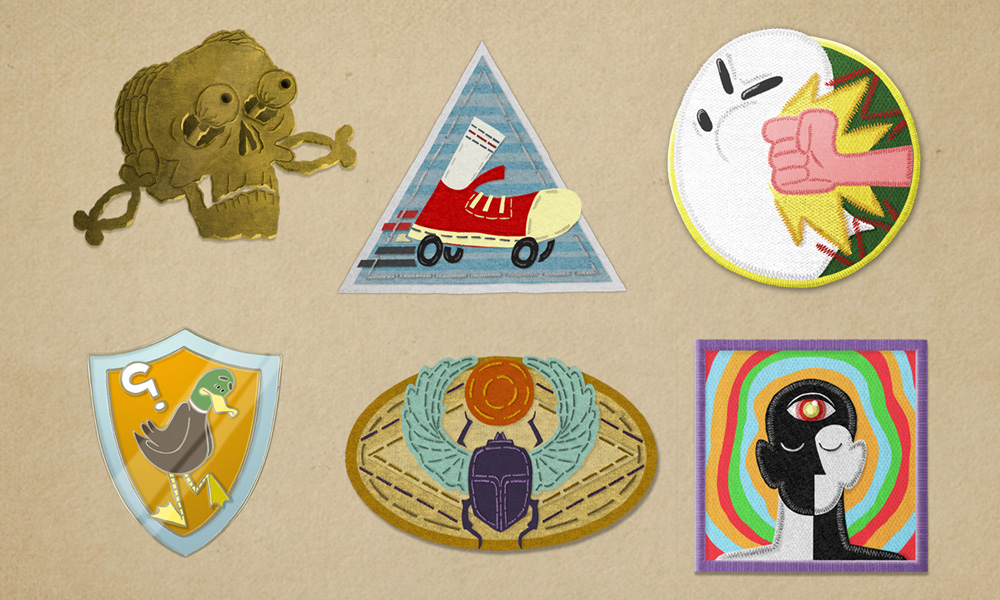