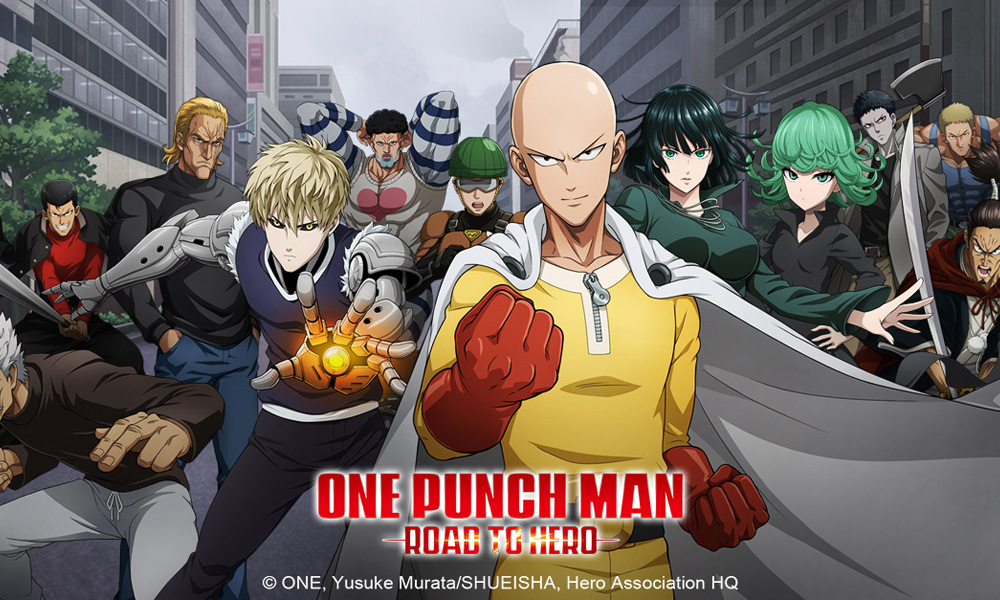 Produced under the joint supervision of the original author ONE and Yusuke Murata and the animation production committee in close cooperation with the well-known Japanese art team, Road to Hero follows the plot of the original series and includes nearly every character, all voiced by the original anime actors and ready to accompany players in their journey to become a hero. Additional content from the second season wrapped is slated to come after launch.

The highly popular Japanese manga One-Punch Man, written by ONE and illustrated by Yusuke Murata, has sold over 20 million copies in Japan. The manga tells the story of the protagonist Saitama who becomes a hero, losing his hair but gaining the greatest strength through strenuous workouts. Eventually, he joins the Hero Association with his disciple Genos and fights against various monsters, villains, and catastrophic events together with many other heroes.

Road to Hero faithfully reproduces the anime’s storyline, worldview and character design. Players will collect and train characters and experience the power of all the heroes from the series. As players progress throughout the game, they can join Saitama in knocking out opponents, meeting other heroes, spending time in the hot spring, shopping in the supermarket and jumping into the many special events waiting to be triggered. While Saitama doesn’t appear as a playable character, players can accumulate and exchange his mood value for his one punch and Combo Punches from the vending machine, allowing them to ask for Saitama’s help when it is most needed.

In the One-Punch Man series, a new enemy appears in almost every episode, from Vaccine Man to Mosquito Girl and later characters such as Lord Boros. In One-Punch Man: Road to Hero, players can relive these battles in a turn-based mobile card RPG by forming their own heroic teams (over 50 collectable characters) and fighting for justice! The game features multiple battle modes, and only by matching different card strengths can a truly powerful team be assembled. During battles, each character has a unique skill that can immediately launch an extra attack on the current enemy when activated. Collecting characters, building them up, and mixing and matching them for maximum effect is important, as is choosing when to unleash special powers in a battle.

“One-Punch Man: Road to Hero was created so loyal fans and players can battle, train, and collect characters on their own hero’s journey,” said Jinyang Xu, Producer at Oasis Games. “With Saitama as an ally, build the ultimate fighting team with complementary skills and prepare to immerse yourself in a fantastic combat experience with exciting storylines!” 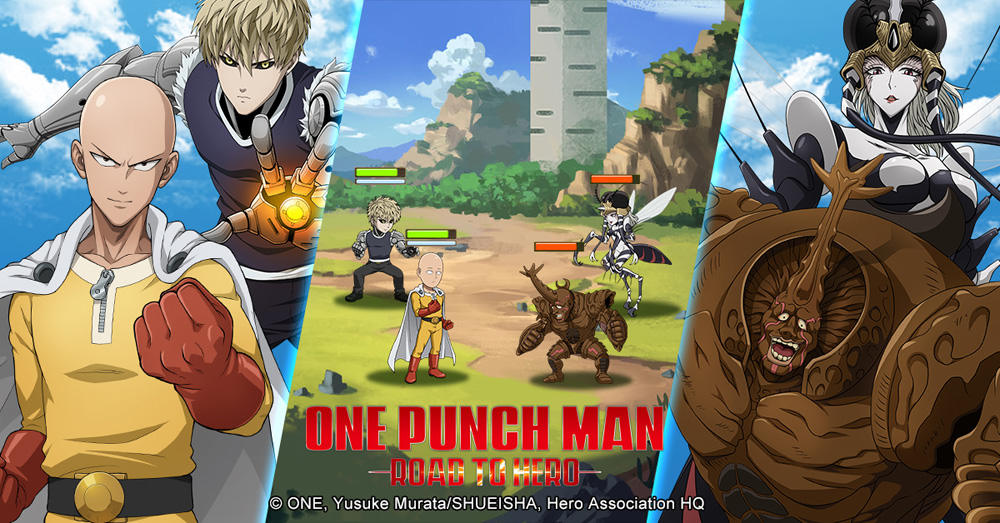