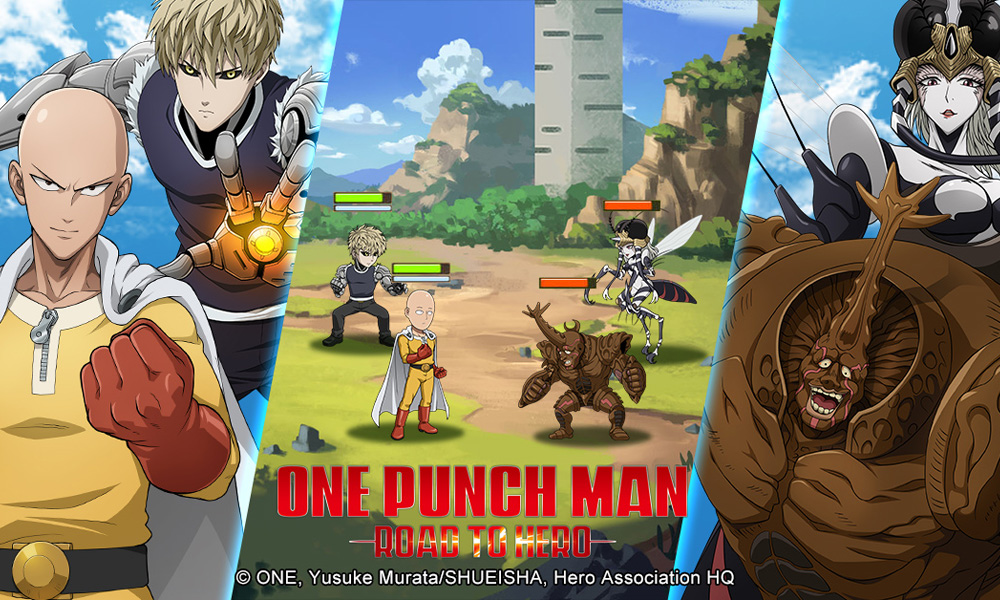 Leading global publisher Oasis Games is developing mobile RPG One Punch Man: Road to Hero, the first officially authorized game based on the smash-hit anime and manga title to launch in Western countries.

Set to arrive in the App Store and Google Play following the highly anticipated second season, Road to Hero follows the plot of the first season and includes every character — from protagonist Saitama to the Deep Sea King, all voiced by their anime series actors. Players will collect, train and experience the unique powers of all these incredible heroes, with new season two content set to debut after the initial launch.

Fans can register now at https://url.oasgames.com/csT to be notified as soon as the game is available on their store.

“One Punch Man: Road to Hero puts the One-Punch Man story and characters into the hands of mobile gamers so they can chart their own path to the top,” said Jinyang Xu, the title’s producer at Oasis Games. “We are focusing on making all aspects of the game authentic, allowing players to extend the world of the anime series into an interactive playground where they can battle, train and collect all their favorite heroes.”

Written by ONE and illustrated by Yusuke Murata, the original One-Punch Man manga has sold over 15 million copies worldwide. In the anime series adaptation, a new enemy appears in almost every episode, from Vaccine Man to Mosquito Girl, Carnage Kabuto and Lord Boros. One Punch Man: Road to Hero features all the original plot and characters from the first season of the series, allowing players to jump into the world of their favorite anime.

In the game, dozens of chapters allow anime fans to collect and play over 50 characters, monsters and S-Class heroes while training them to become the strongest in the entire world. Even characters seen only briefly in the anime can be further understand by playing the game. Road to Hero lets players relive the crazy battles in a turn-based mobile card RPG by forming their own heroic teams. The game also uses the original anime audio, including the excellent voice acting of Makoto Furukawa (Saitama), Kaito Ishikawa (Genos), Kaji Yuki (Speed-o’-Sound Sonic) and many others.

Road to Hero has multiple battle modes, including PvP — to create an authentic One Punch Man experience, Oasis Games made the battles more strategic — no single card can guarantee a win, only a deftly matched set of different card strengths can create a truly powerful team.

And, the game features a built-in screen record function, so players can save and share their best battles.