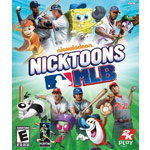 Gamers can check out the battle between Nickelodeon’s all-star animated team and baseball’s best with Nicktoons MLB game (available for Xbox 360, Wii and Nintendo DS) arriving in stores today. The competition between Nick’s animated all-stars and baseball’s best has been brewing for months and was stoked by a fans-at-home vote at www.2kplayball.com to determine who should be in the starting lineup of The Showdown, a special online video game simulation based on one of the game’s modes.

“The Nickelodeon Nicktoons have been petitioning to ‘go yard’ with the best players in Major League Baseball,” said Shaan Kandawalla, VP of Digital Games for Nickelodeon/MTVN Kids and Family Group. “These characters have been training this entire season and are fielding a team of All-Stars to make history with the newest rivalry in all of baseball.” 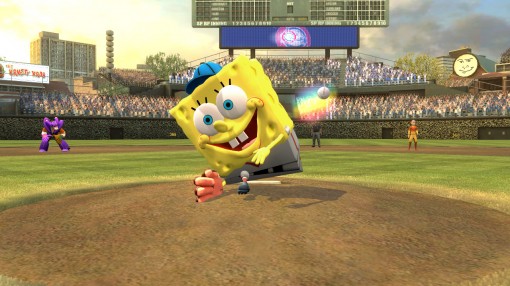 The game also includes play-by-play commentary by Perch Perkins, anchorman for the Bikini Bottom News, and the IRKEN EMPIRE’s irrepressible GIR, as well as multiple gameplay modes, including Pick-up Game, Tournament, Showdown and the swing-for-the fences Distance Derby. Specially marked packages of Nicktoons MLB contain exclusive Topps trading cards that spotlight both a Nickelodeon character and an MLB player, allowing fans to collect all nine cards in the series. 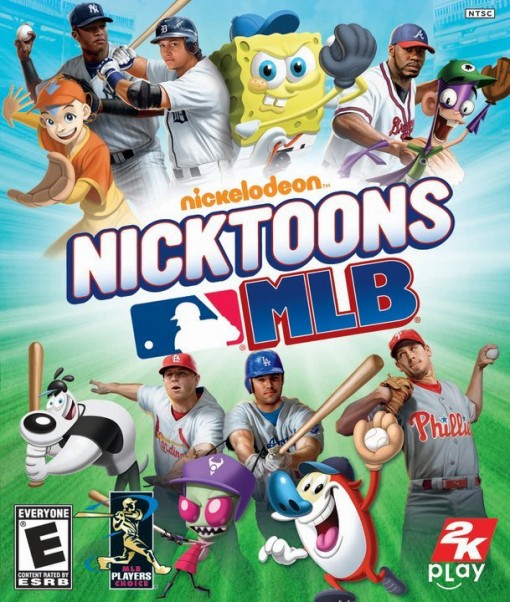 Nicktoons MLB was developed by High Voltage Software for consoles and Black Lantern Studios for Nintendo DS and has been rated E for everyone by the ESRB.  It is now available at retail for the suggested retail price of $29.99 (Wii/DS) and $39.99 (Xbox 360). For more information, you can visit www.2kgames.com/2kplay.