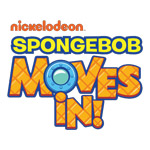 Fans of Nickelodeon’s hit 2D toon SpongeBob SquarePants, now in its 14th year on air, will get to experience the show’s undersea world in a brand new way with the new city-building app SpongeBob Moves In, which allows players to build their very own version of SpongeBob’s hometown of Bikini Bottom. The app is available now for iOS in eight languages (English, LatAm Spanish, Spain Spanish, German, French, Dutch, Portuguese and Italian).

SpongeBob Moves In features a stylized 2D design and asks players to build Bikini Bottom to their own tastes while keeping the city’s residents happy by fulfilling their needs. As players advance in the game, they can unlock untold stories exclusive to the app about how their favorite characters–including SpongeBob, Patrick, Mr. Krabs, Plankton, Squidward and Sandy–first arrived in the town. Written by the show’s writing staff, these stories are told through brand-new animated shorts unlocked throughout the game.

While customizing Bikini Bottom with a variety fo characters, buildings and accessories, players must seek to fulfill the townsfolk’s wishes to fill their Happiness Meter–wishes include food and gifts from various restaurants and shops like the Krusty Krab and Flower Shop. When a wish is granted, a treasure chest appears which will contain gold coins, happiness or a new recipe. A full Happiness Meter advances the player to the next level, unlocking more quests, buildings and items. Throughout, players earn gold coins and Jellyfish Jelly as rewards for various activities which can be used to purchase additional land, ingredients, buildings and decorations (these can also be bought through an iTunes account). 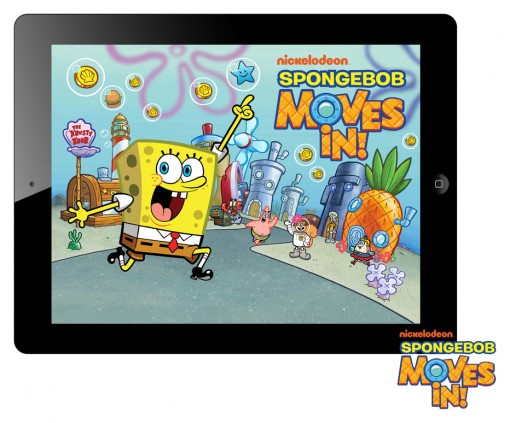 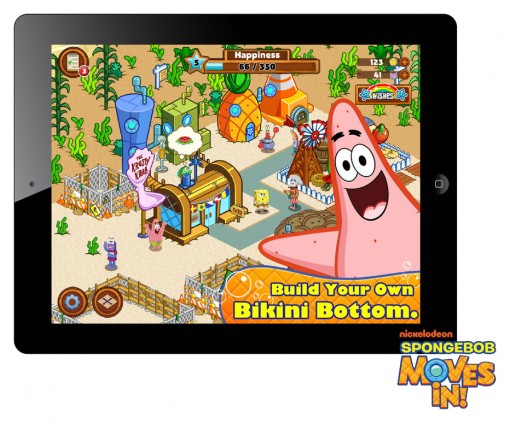 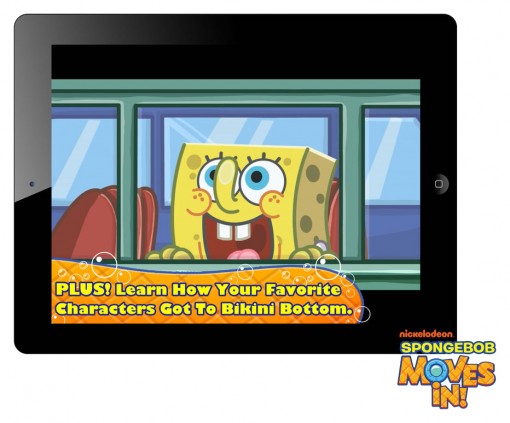 You may also like...
Related Topics:iOS, Nickelodeon, SpongeBob Moves In, SpongeBob Squarepants