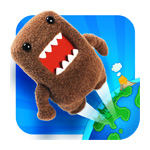 Lovable, fuzzy brown monster Domo is now in the palm of your hand thanks to a new app game from Konami Digital Entertainment and Kung fu Factory called Domo Jump. The game, available for free on the App Store for iPhone and iPad, feature rich 3D environments in which Domo bounces up platforms to earn points, costumes and rewards.

In Domo Jump, players embody Domo–who rocketed to pop culture stardom after debuting as the station mascot for Japan’s public broadcaster NHK–as he jumps as high as possible while collecting gems, diamonds and food items to unlock costumes and items that give Domo special powers and boosts. A variety of levels set in different environments offer fun and challenging goals to test players’ skills. The game utilizes intuitive gyroscope technology so players can seamlessly guide Domo’s ascent.

And for fan’s of Man of Action’s smash hit toon series, Cartoon Network offers the new multiplayer mobile game Ben 10 Slammers, available for iPad, iPhone and iPod Touch for $0.99. The game’s background story is that Ben Tennyson has become such a world-famous hero that the Sumo Slammers company has created a new card game called Ben 10 Slammers–and Ben is out to prove he’s the best at his own game. Ben will battle friends and foes, both human and alien, in his quest to be the Galactic Champion.

In the game’s single-player mode, players are pitted against 24 different opponents, each with their own unique deck and strategy. Or, users can opt for multiplayer mode and challenge their friends. Players can unlock their favorite aliens from Ben 10: Omniverse, including Bloxx, Feedback, Heatblast, Kickin’ Hawk, Ball Weevil, Four Arms and more, then level them up to make them stronger, learn new abilities, add new support cards and maximize their destruction potential. 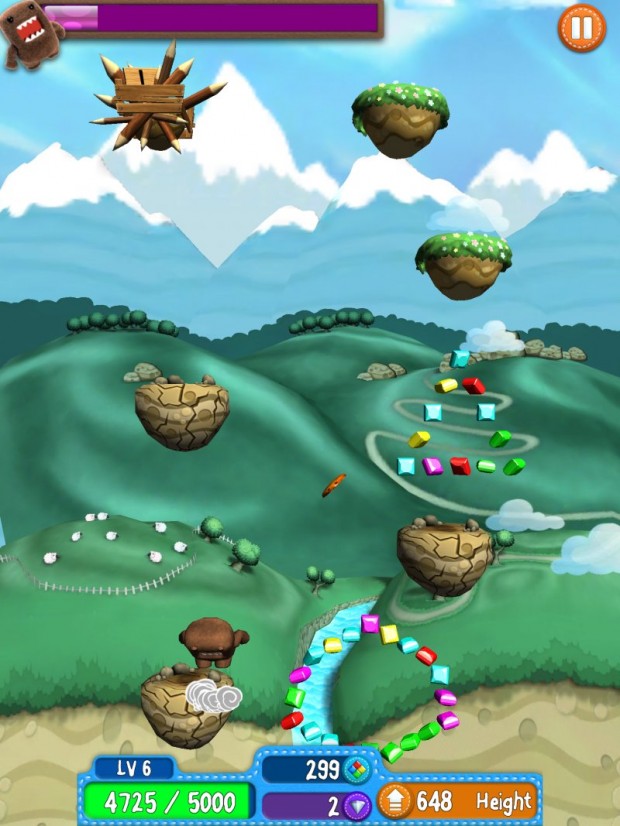 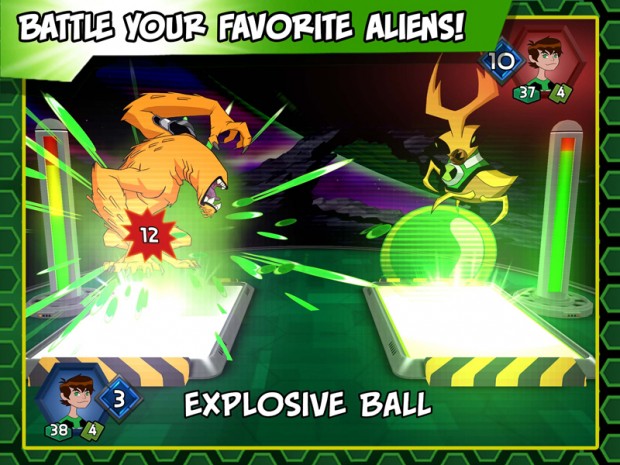 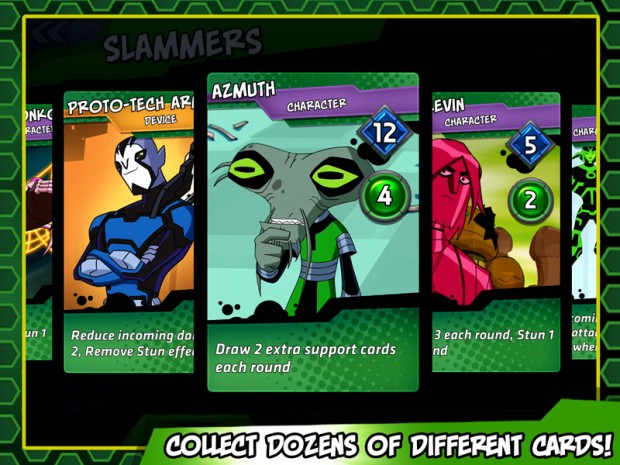