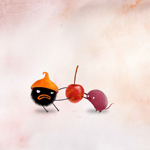 Czech video game developer Amanita Design got a hefty amount of attention from both gamers and animation fans when they released Machinarium in 2009. Combining classic point-&-click adventure gameplay with visuals and audio reminiscent of an independent animated short, Machinarium was one of several games Amanita Design created in that vein along with the Samorost series and Botanicula.

Now they’ve teased the newest work in their catalogue, Chuchel, and it looks to be their strangest creation yet. Unlike the more serious tone of other Amanita games, Chuchel (pronounced KHOO-khel) strives to be utterly wacky and hilarious. The player takes on the titular role of a small ball of dust, who has an intense obsession with a huge cherry that the game’s numerous antagonists keep trying to take away.

The studio told Polygon: “Chuchel was inspired by an archetype known from comedy movies — he gets angry very easily, acts silly all the time and it’s fun to watch him do pretty much anything.”

Amanita also cited the game’s surly art director, Jaromir Plachy, and his relationship with his naïve and friendly dog as a particular inspiration for Chuchel’s personality.

Unlike the more traditional adventure game mechanics of past Amanita Design games, the intentions this time are to keep the puzzles simple and focused on personality over brain teasers. This shift in philosophy is also echoed in the visual design, where the rich backgrounds of Machinarium are replaced by minimalist backdrops to keep from detracting from the foreground action. As with previous games from the developer, there will be no dialogue, and every aspect of the story will be delivered with visuals and silent comedy-esque gags.

The game is scheduled to launch early 2018 for Android, iOS, Mac and Windows. 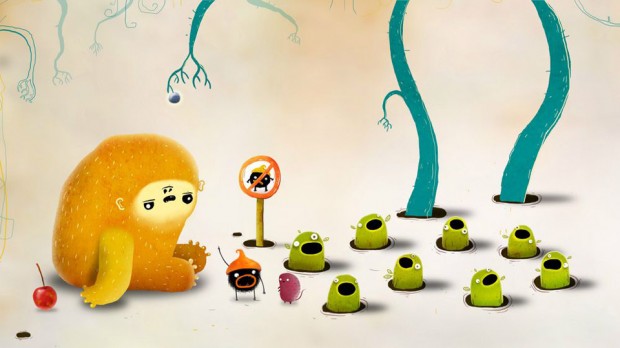 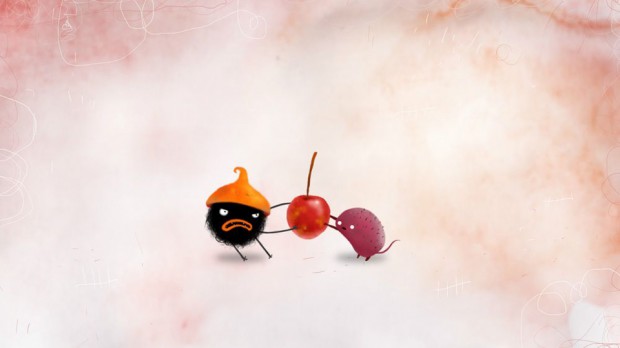