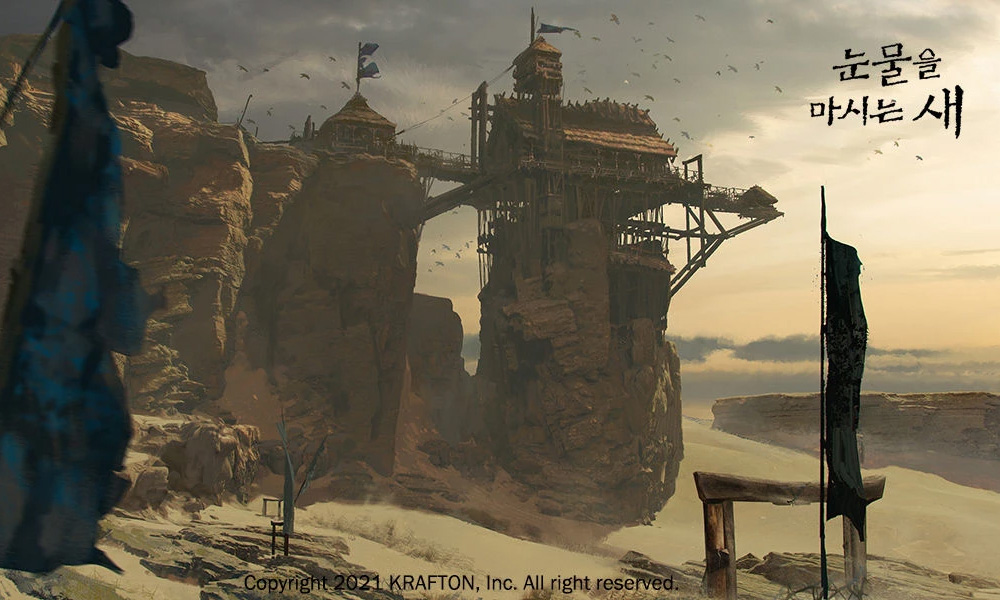 The Bird That Drinks Tears

KRAFTON, Inc. — the indie game development collective behind PUBG — today announced Project Windless, the company’s plans to develop a game and larger multimedia franchise based on the Korean fantasy novel The Bird That Drinks Tears. The announcement represents the evolution of KRAFTON’s vision of expanding original intellectual property into larger entertainment properties.

The Bird That Drinks Tears is a novel series that was created and written by Yeong-do Lee, who is widely acknowledged as the pioneer of the Korean fantasy genre. As one of the best-selling fantasy authors in Korea with millions of copies sold, Lee is an exceptionally imaginative writer who builds elaborate worlds and fills them with complex characters.

To help visualize the universe, KRAFTON has recruited Hollywood talent and concept artist Iain McCaig to further bring the novel to life. McCaig is a renowned concept artist who has been involved in early character visualizations for Star Wars characters, in addition to his work on many other blockbuster film franchises, such as The Avengers, Harry Potter and Terminator. His creative work will serve as the foundation and cornerstone of KRAFTON’s Project Windless, which encompasses the game and other creative works.

“KRAFTON has found something special in Yeong-do Lee’s The Bird That Drinks Tears. I am honored to help visualize this amazing world and its characters, in addition to helping introduce the novel to a larger global audience,” said McCaig. “The collaboration with KRAFTON is among the best I have ever experienced. I look forward to our further adventures, and to making Yeong-do Lee proud.”

Lee commented, “I hope KRAFTON can make a game that can be remade even after 30 years. I wish everyone involved all the best.” 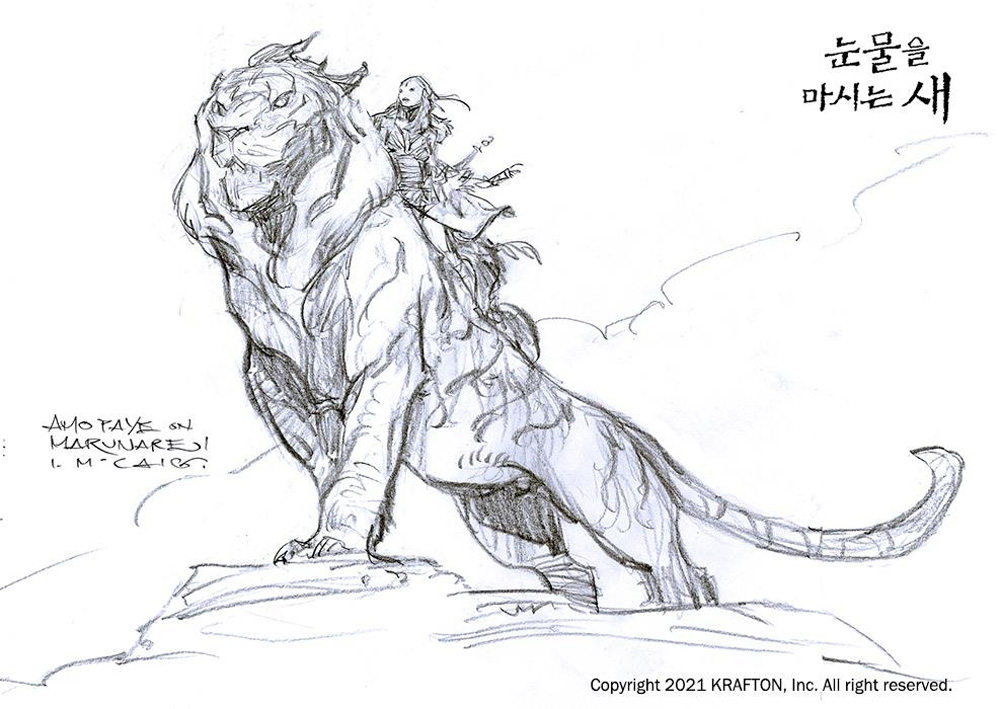 The Bird That Drinks Tears [Concept artwork by Iain McCaig]