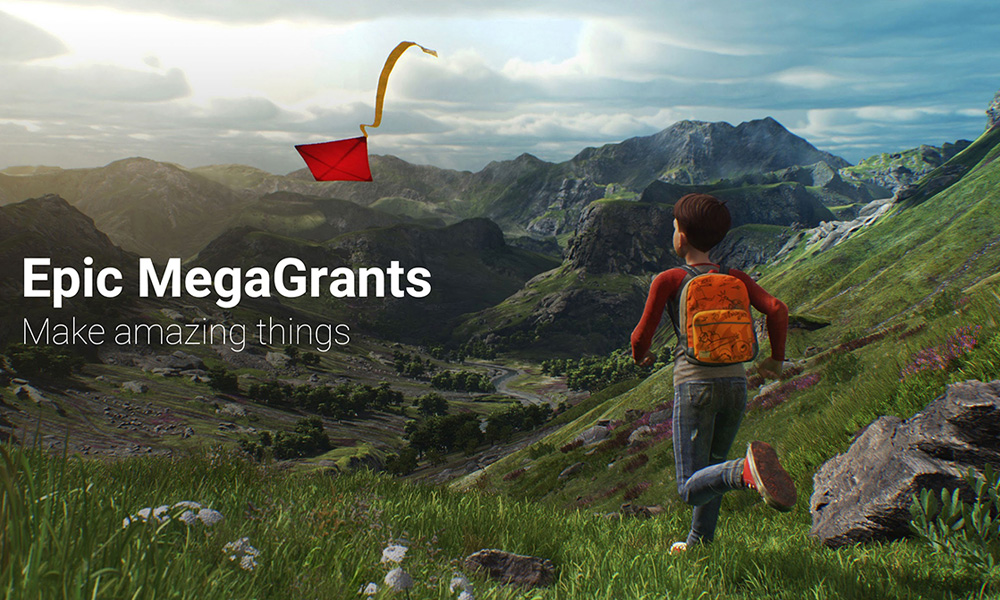 Epic MegaGrants awards range from $5,000 to $500,000 and cover a variety of endeavors to further ignite creativity and technological advancement within the 3D graphics community. All grant recipients will continue to own their IP and will be free to publish however they wish. Submissions will be evaluated, and grants awarded, on a continual rolling basis as funds allow, with no firm deadlines to submit.

“At Epic we succeed when developers succeed,” said Tim Sweeney, founder and CEO of Epic Games. “With Epic MegaGrants, we’re reinvesting in all areas of the Unreal Engine development community and also committing to accelerate the open sourcing of content, tools and knowledge.”

Key submission categories for the Epic MegaGrants include:

Visit the Epic MegaGrants website for additional details on eligibility and how to apply: http://unrealengine.com/megagrants.