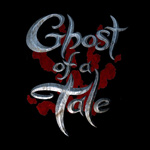 Veteran animation director Lionel Gallat (Despicable Me, The Lorax, Flushed Away) has launched an Indiegogo crowd-funding campaign for a game he created titled Ghost of a Tale. Gallat has already done most of the project’s heavy lifting, including designing, modeling, animating and rendering everything by himself. He now needs some financial support to finish the job.

The third-person video game, which is slated for an early 2014 release, allows players to pretend they’re a little mouse in a dangerous world. Gallat counts as his inspirations Disney’s Robin Hood, the fables of La Fontaine, Redwall, Winnie the Pooh, The Secret of NIMH, The Dark Crystal, the paintings of Alan Lee, John Howe, Paul Bonner and John Bauer.

“My goal is to craft a small yet beautiful game with environments that look a bit like movie sets and characters that have a sense of stylization in their design, while retaining a certain simplicity and immediacy as far as gameplay is involved,” he writes on his game’s Indiegogo site. “I know it sounds hockey but I’m really trying to recapture the sense of wonder I felt as a kid when I discovered the games from the ’80s and early ’90s. But with a AAA quality (as far as I’m able) that’s very much up-to-date. You play as a mouse on an adventure set in a medieval world. At the beginning of the game, you get to the Island of Periclave. Now what is the mouse looking for? What happened on the island? Why are there undead rats roaming around? That will be up to you to discover.”

Of course, if you contribute to his campaign, you’ll receive awesome premiums like shirts, hats and cool figurines (as well as bragging rights). You just have to do it soon, because the campaign has less than two weeks left and the goal is to raise 45,000 euros (about $59,230).

To learn more about the crowd-funding campaign, go to: www.indiegogo.com/projects/ghost-of-a-tale?c=home

You can also learn more at www.seithcg.com/wordpress.

Here’s an early trailer for the game: 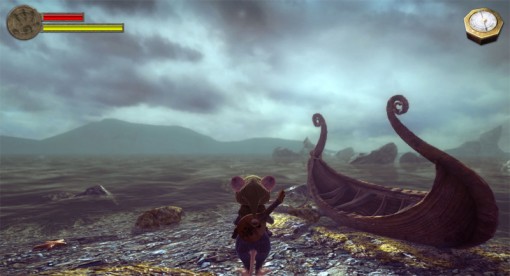 Ghost of a Tale

You may also like...
Related Topics:Despicable Me, Disney, Flushed Away, Ghost of a Tale, Indiegogo, Lionel Gallat, Redwall, Robin Hood, The Dark Crystal, The Lorax, The Secret of Nimh, Winnie the Pooh