Angouleme, France-based animation studio 2d3D has created a new customizable video postcard to promote the upcoming social game Oceans, the Game. The game will be released in the spring of 2013 using assets from the documentary feature Oceans by Jacques Perrin, which has been seen by more than 12 million people around the world.

2D3D’s digital postcard offers a unique sequence from the film and allows the sender to write a message to the recipient, adding a personal photo and enclose a favorite video featuring a favorite marine animal—shark, dolphin or a lovable pup. U.S. studio Liquid Motion helped 2d3D develop this application, which was launched at the World Expo in South Korea.

The social awareness of the oceans preservation is reflected in the free games based on real life and major environmental challenges of the marine world. The player will play alternately as if he is a scientist or an animal, while having the mission to preserve marine sanctuaries around the world. The videos, sounds and frames in the games come from the production of the film (more than 400 hours available), with which the player will be able to edit short films to promote ocean life and recruit new players on social networks.

The game will link the virtual and the real world, integrating in the game sponsorship of real animals and the ability to follow them through their migration, but also by converting some of the points won by the player into donations to associations supporting the cause of the oceans.

The innovative Angouleme studio 2d3D was founded by Florent Mounier and Malika Brahmi in 1999. The shop has worked on many noted animated features, TV series and games throughout the years, including The Triplets of Belleville, Toto Sapore, Asterix and the Vikings, Friends Forever, Emilie Jolie, The Boy Who Wanted to Be a Bear, U and Loulou and the Wolves. Current productions include Iqbal, Tale of a Fearless Child [directed by Michel Fuzullier] Pinocchio [directed by Enzo D’Alo) and the retro-futuristic feature 1884: Yesterday’s Future [directed by Tim Ollive). For more info, visit 2d3D-animations.com. 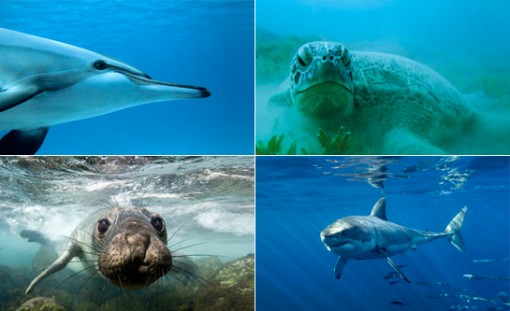