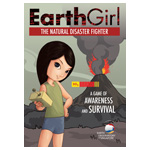 CG animation visionary Isaac Kerlow wrote to let us know that he and his team at Earth Observatory of Singapore have been working on a cool Flash-animated casual game called Earth Girl, which becomes available worldwide today online. The central character of the game is a smart girl who can save her family and friends from natural disasters.

“We created this game to raise awareness in kids, 7 to 11, about natural hazards like the 2004 Indian Ocean tsunami that killed thousands in particularly in Indonesia and Thailand,” explains Kerlow, who also authored the excellent handbook The Art of Computer Animation and Effects (2009, Wiley Press).

Concept and visual development for Earth Girl was initially centered around before-and-after scenarios for a variety of Earth hazards in Southeast Asia. Regional location and particular hazards were visualized in a variety of visual styles, according to a dramatic treatment. Characters and story were also developed through visual exploration.

Kerlow says the game was produced in Flash because it is today the easiest delivery platform for a casual game in Southeast Asia. It is available as a free download from www.earthgirlgame.com in English and also localized Japanese, Chinese and Indonesian versions. 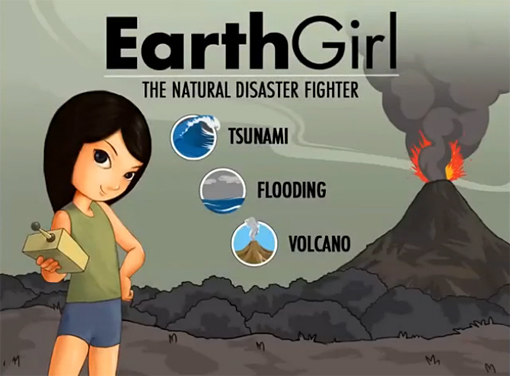 You may also like...
Related Topics:Earth Girl, Flash, Isaac Kerlow, The Art of Computer Animation and Effects, Wiley Press