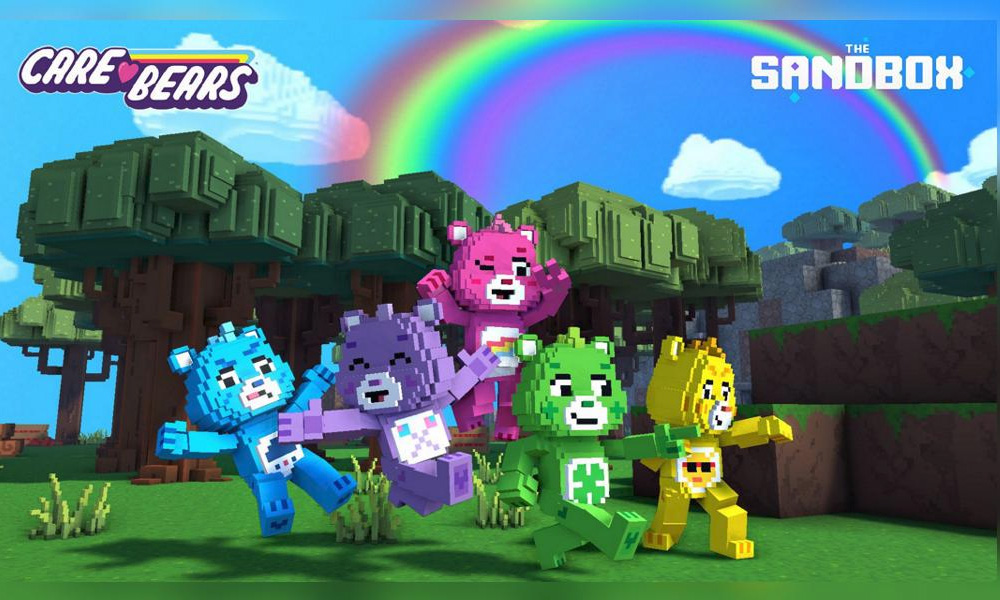 Animoca Brands and its subsidiary The Sandbox, a leading decentralized gaming virtual world, announced today it is partnering with Cloudco Entertainment, the owner, content producer and global distributor of the Care Bears intellectual property, to bring the Care Bears and their Care-a-Lot world to The Sandbox metaverse.

Through the agreement, The Sandbox players will be able to explore a virtual Care-a-Lot setting as well as purchase Care Bears-themed in-game content for use in their own game worlds.

The Sandbox is building a unique virtual world where players can build, own and monetize their gaming experiences using NFTs (non-fungible tokens) and $SAND, the main utility token of the platform. $SAND was recently launched via Binance, the global blockchain company behind the world’s largest cryptocurrency exchange by trading volume. The Sandbox’s vision is to offer a deeply immersive metaverse in which virtual worlds and games will be created collaboratively and without central authority.

The Sandbox has secured over 50 partnerships — including Care Bears, Atari, CryptoKitties and Shaun the Sheep — to build a fun, creative “play-to-earn” platform that offers virtual worlds and game experiences owned and created by players.

The platform consists of three main components: the VoxEdit NFT builder for building game Assets, the Marketplace for buying and selling Assets and the Game Maker tool where complete interactive games can be constructed and shared without any programming knowledge. Together, these components offer rich, easy-to-create virtual worlds and game experiences in addition to the ability to safely store, trade, and monetize creations through blockchain, allowing creators to benefit from their creations.

“We’re pleased to welcome the Care Bears license into The Sandbox virtual world, inviting family-friendly entertainment brands that our players have grown up with to participate in the next digital revolution where virtual worlds are 100% made, governed, and owned by players,” said Sebastien Borget, COO & Co-Founder of The Sandbox. “We are creating an appealing gaming metaverse that aims at attracting mainstream gamers and creators through their favorite brands, to build great experiences.”

Under the terms of the new agreement, Cloudco will receive large digital spaces, known as Lands, in the gaming metaverse. On these Lands, a 3D voxelized version of the Care Bears’ Care-a-Lot kingdom will be made available to players when The Sandbox publicly launches later this year. Furthermore, Cloudco and The Sandbox have the right to produce and distribute Care Bears-inspired collectible in-game Assets for game creators to use in their own games, tokenized on the blockchain as non-fungible tokens.

Players will be able to explore a virtual Care-a-Lot setting, complete with Care Bears-themed environment, attractions, games and buildings with which to interact. The Sandbox is designed to support deeply immersive gaming experiences that can be shared socially, and players will be able to meet and chat in The Sandbox Care-a-Lot world using their avatars, in addition to playing together.

“We look forward to bringing the Care Bears into a new gaming universe and creating a new generation of family entertainment experiences,” said Sean Gorman, President of Cloudco Entertainment. “Working with The Sandbox team to build an authentic Care-a-Lot in the metaverse will allow Care Bears fans to interact with the world and each other in a fun and imaginative virtual theme park setting.”

This partnership also aligns with the relaunch of Care Bears toys with a new master toy partner, Basic Fun! The new toy line initially sold out online and in-store at Walmart and has experienced successful roll-outs at Target, Amazon and a number of other leading online and brick-and-mortar retailers across the U.S., U.K. and Canada. 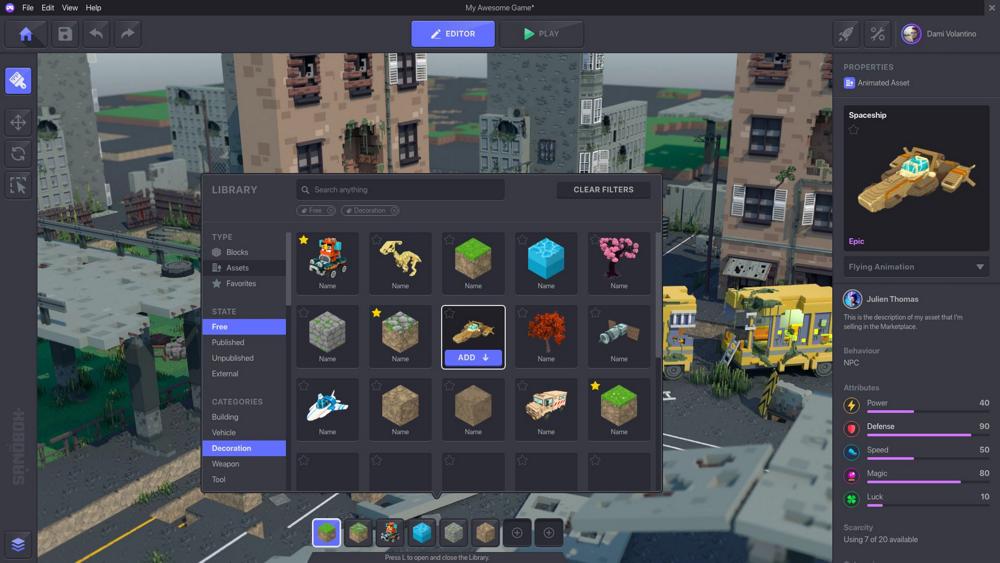 The Sandbox will offer a persistent, interactive virtual metaverse — a 3D universe created by players and secured through blockchain technology. Lands are the unique digital locations in this universe where players can build and monetize games. They are the fundamental building blocks upon which game Assets (items and scripting) can be imported to create original interactive experiences. Lands can be combined into larger groupings (Estates) to permit more ambitious game experiences.

With 40 million downloads and over one million monthly active users, The Sandbox game franchise is one of the world’s largest independent user-generated content and gaming platforms. The upcoming 3D based blockchain version – which introduces new creative and commercial possibilities by allowing users to create 3D items and gaming worlds from the digital equivalent of building blocks – has been named one of the top 10 most anticipated blockchain games globally and one of the Top 50 Blockchain Gaming companies in the world (source: BlockchainGamer.biz).

Creators can pre-register to access The Sandbox Game Maker at http://gamemaker.sandbox.game.

‘Master Moley’ Special & Brand-New Series Burrows to Boomerang EMEA
Break Time! Animag Will Be ‘Out of the Office’ for Labor Day