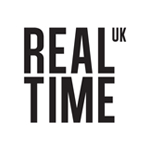 There’s a digitally-crafted silver lining to the financial uproar caused by the United Kingdom’s EU referendum vote — commonly known as Brexit. With the pound at a 31-year low against the US dollar, studios are inviting international clients to take advantage. Publishers, developers and creative agencies seeking asset production in the UK can stretch their budgets nearly 17% further, according to northern England studio RealtimeUK.

On top of the drop in the pound’s value, the UK has strongly invested in its VFX and animation talent development and business growth, and studios like RealTimeUK have years of experience turning out high-quality cinematics, trailers, VFX and CG production assets for the videogame industry. Which means overseas clients can expect world-leading work as well as a bit of a bargain.

Over the past 20 years, RealtimeUK has collaborated with the publishers of major properties like World of Tanks, War Thunder and SMITE to raise brand awareness. And in an era where mobile video consumption is rising by 100% each year, it’s increasingly important to have cinematic trailers and other eye-catching marketing assets to drive consumer interest in game titles. Learn more and check out their work and behind-the-scenes videos at www.realtimeuk.com.